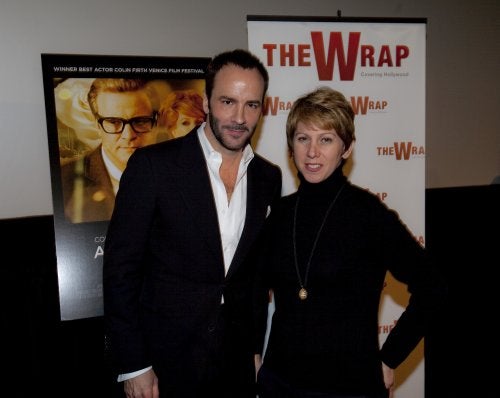 Tom Ford’s upscale men’s suits at Gucci made him a giant in the fashion world, but the high end designer says haute couture isn’t as fulfilling as his new love: moviemaking.

After his debut behind the camera with the upcoming "A Single Man," Ford said he plans to make a movie every two or three years.

During a freewheeling Q&A with TheWrap’s editor Sharon Waxman following a screening of his new drama starring Colin Firth and Julianne Moore, Ford told a capacity crowd at the ArcLight Sherman Oaks on Tuesday night that directing was a more artistically fulfilling experience than creating clothes.

"This is the most purely artistic thing I’ve ever done," said Ford, formerly the creative director of Gucci.  "Designing clothes, there’s a lot of creativity that goes into it, but it’s always been a commercial endeavor for me. When I made this movie, I wasn’t worried about how it would do at the box office; I had a story to tell."

Ford said he had been looking for the right project to transition into directing for a number of years and had read countless scripts. In his search, he thought back to a book he had read as an aspiring actor in his twenties. "A Single Man," the 1964 novel by Christopher Isherwood that Ford kept returning too, tells the story of a gay literature professor coping with the sudden death of his longtime lover, setting the stage for some powerfully written interior monologues, but Ford noted, making it equally challenging to film.

Ford said that the key to his adaptation was finding the elements of the story that resonated with him personally. He filled the movie with little touches that mirrored his personal life, writing tender scenes that approximated treasured memories with his partner, journalist Richard Buckley, and even making room for cameos by his two terriers.

"It was extremely autobiographical," Ford said. "I took the approach of writing what I know."

Ford hopes that his vision will have substantial crossover appeal, even though it centers on a homosexual character.

‘I think the message is universal regardless of sexual orientation," Ford said.

The casting of the film, which is generating heavy awards buzz for Moore and Firth, was bumpy, but ultimately fortuitous, the director said. Moore accepted the part within 24 hours of reading the script, but while Firth was the novice director’s first choice for the lead, he had a scheduling conflict. Ford was forced to go with a different lead actor, whose name he refused to divulge.

"Then I saw Colin at the ‘Mama Mia!’ premiere in London, and I heard him speak and felt physically sick," Ford said "I couldn’t believe I was making the film without him."

As fate would have it, the other actor pulled out of the project freeing the way for Ford to woo and eventually win Firth for the part. A similar situation occurred when the actor scheduled to play a pivotal role of a young student obsessed with Firth’s character failed to show up for a costume fitting. With just days to go before shooting commenced, Ford thought back to an audition tape sent by Nicholas Hoult ("About a Boy") and arranged for the young English actor to join the project at the last minute.

In giving the film its distinctive visual style, a mixture of oversaturation and vibrant Technicolor to suggest his protagonist’s shifting moods; Ford drew on his career in fashion, having  worked with the likes of Richard Avedon and Irving Penn. But he said the film would not have been successful without a strong narrative.

"Style without substance is no use to me," Ford said. "Many of the visual elements that people would consider beautiful exist only to support the story."

"Where fashion was helpful, was that like film, it’s a collaborative medium," Ford added. "You have to have a shared vision." 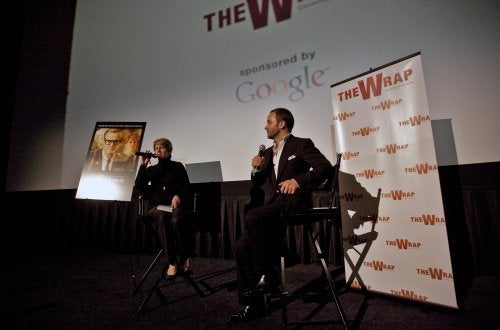 One other place that bears Ford’s imprint is the clothes. Firth’s impeccably tailored suits are, unsurprisingly, the work of Tom Ford Menswear.

As for those suits, a product of Ford’s parallel career, well, they are just lovely. In fact, Firth outfitted in charcoals, pencil thin ties, and exquisite cuff links looks, at times, like he stepped off the runway of one of the designer’s shows. Ford said that looking well pressed shouldn’t detract from the character’s inner tumult.

"Lots of people go to great lengths to look perfect, even if that’s not how they feel inside," Ford said. "By my early thirties, I had everything that society said I should have. I had lots of money; I’d been with the same man for twenty years. Yet a negative side was always there.’

"We live in a very materialistic culture, and like this film shows we don’t always appreciate life’s little things."