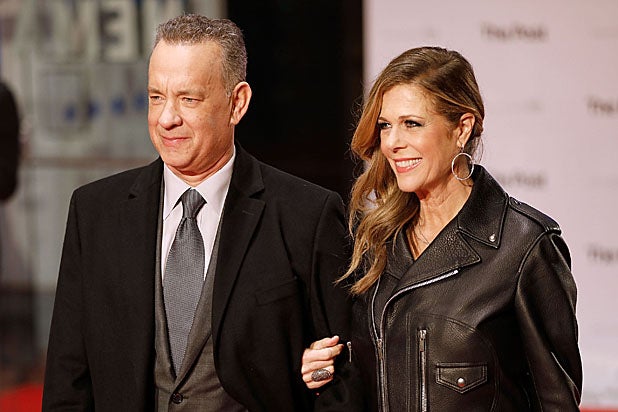 Tom Hanks and Rita Wilson will take to the stage together this June for the Shakespeare Center of Los Angeles’ production of “Henry IV,” TheWrap has learned.

“Henry IV” will be performed outdoors at the Japanese Garden on the West Los Angeles VA Campus for a 24-night run from June 5-July 1.

The Shakespeare Center, in partnership with West LA VA, will donate 2,000 tickets for eligible veterans and active members of the military. To be eligible, they must register at ShakespeareCenter.org.

Also Read: Tom Hanks Calls Movie Press Junkets 'Merciless': 'You Lose It After a While' (Video)

“We’re grateful to the United States Department of Veterans Affairs and the leaders of the West LA VA for this opportunity to bring our company to the Japanese Garden at the VA,” Donenberg said in a statement Monday. “We’re hiring and training 40 veterans to work on this production alongside consummate theater professionals to tell a riveting story about the forging of a Shakespearean hero.

“We’re proud to bring the vision of one of the American theatre’s most esteemed Broadway directors and the talents a world-class cast lead by Rita Wilson and Tom Hanks, our long-time supporters, to this very special venue,” he added.

According to the production’s official description, Sullivan has distilled the exploits of Falstaff — “the villainous and abominable misleader of youth” — and his ne’er-do-well protégé Prince Hal from “Henry IV Parts One and Two,” into one evening of Shakespeare’s finest comedy and most touching drama.

Hanks and Wilson have supported the Shakespeare Center of Los Angeles for over 26 years, hosting and participating in Simply Shakespeare, a no holds barred impromptu reading of a Shakespeare comedy with celebrity casts and musicians that raises funds and awareness.

Also Read: Tom Hanks Is Set to Star in and Produce 'a Man Called Ove' Adaptation