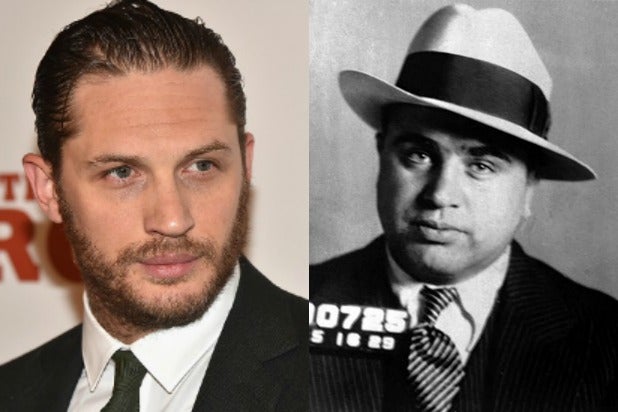 Though a photo was first shared and deleted by Fandango last week, we now have a definitive view of what Tom Hardy will look like when he plays Al Capone in the upcoming biopic on the iconic Prohibition-era gangster.

The image, which was shared Wednesday night by “Fonzo” writer/director Josh Trank from the film’s New Orleans set, sees Hardy fully immersed as the legendary Chicago gangster as he chomps on a cigar in heavy white makeup while sporting snazzy pajamas.

“Fonzo” was announced back in October 2016 with Hardy set to star. Trank wrote the script and is directing the film, which will explore the mobster’s life at 47 years old, after being released from prison. Capone will be forced to consider his violent and reprehensible actions as his mind is ravaged by dementia.

A photo of Hardy as Capone was shared previously, but this one gives a better glimpse into what the actor looks as the aging mobster.

Check out the photo below: