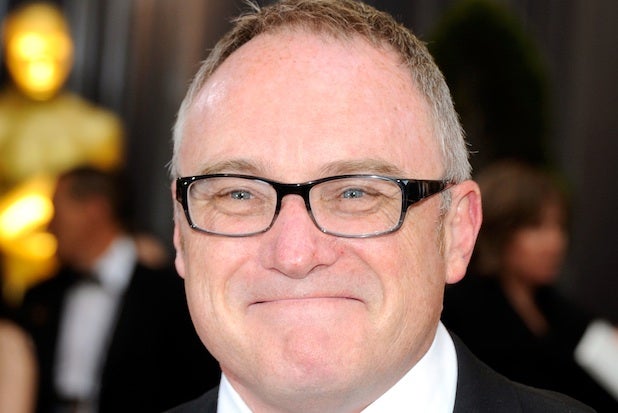 Alexander Payne has never made a movie without Kevin Tent, an Oscar-nominated editor who began his career working on Roger Corman films.

“I took old Roger movies and incorporated them into these other movies because they were so bad,” Tent joked.

“Nebraska,” Payne’s most recent movie, was the first time the two worked in black and white. Though a subject of endless questions, it was not Tent’s greatest challenge. That would be pacing.

“[Payne] wants people to feel things, and gives them time to absorb things,” Tent said. “There’s always a fine line between it being boring and engaging.”

They pulled it off once again with “Nebraska,” a comic, touching tale of a troubled old man and his uncertain son. Tent spoke with TheWrap just after his panel at the National Association of Broadcasters show in Las Vegas Wednesday.

Did you start your career both editing and directing?
If you’re going by IMDb, you can’t believe everything you read. I made short films and a lot of recuts in movies for Roger Corman. They gave me director credits on a couple of them – for all my sins.

We’ll have to blame Wikipedia too. It gives you a couple credits.
Really? What I did do on those movies, I took old Roger movies and incorporated them into these other movies because they were so bad. One is “Welcome to Oblivion.” That was in really bad shape. When I met with an executive, Mike Elliot at the time, I said you know what this movie needs? A space war. So we added a space war from one of Roger’s other movies.

Did you know from the outset you wanted to be an editor?
When I first moved to LA, I didn’t understand editing. I didn’t know it existed in films. It wasn’t until I was at film school.

I had just made my short film at Lo2s Angeles City College when I got my first job editing educational films, and I did those for quite a few years. I got a call to do a movie for Roger, and since I was doing editing I lucked out. I got a lot of work and just fell into it.

You’re best known for your collaborations with Alexander Payne. How did you two begin working together?
He was looking for an editor to do his first feature and a mutual friend suggested me. He liked the idea that I had done a lot of Roger movies, and we did a good job on ‘Citizen Ruth.’ He’s very loyal and a sweet guy. We’re a good team.

Do you have a personal favorite movie?
I gotta say I just showed my son “About Schmidt” a year ago and I was really amazed at how much I liked that movie. I like them all; I loved “Election.”

Did one present a particular challenge?
“Sideways.” It was a long script and we really had to get it down to a good running time and pace.

You’ve said in previous interviews that pacing is the hardest part of working with Alexander. Is that specific to him or a general hurdle for most editors?
It’s more tricky with Alexander’s movies because he likes to keep them not too fast. He wants people to feel things and wants to give them time to absorb things. There’s always a fine line between it being boring and engaging. We are always straddling that tricky line.

Did you succeed with ‘Nebraska’?
Yeah, but I was so worried when we were making it. People tell me all the time that they liked that it was at a slower speed. It’s not a long movie, but it is paced slowly. It’s about older people, and people who get older slow down a bit.

I imagine the question you get asked most is about the black and white of it all?
I do, and I was just talking about that. It was really fun edit it in black and white. Without the distraction of color, your eyes focus on faces. We had great faces. Bruce Dern‘s face is amazing.

He got such rave reviews out of Cannes. People thought he might win an Oscar. Why do you think his awards momentum petered out?
I don’t really know. I can only assume it was tough competition. It was a good year for actors in that category. His performance didn’t change much from earlier in the year.