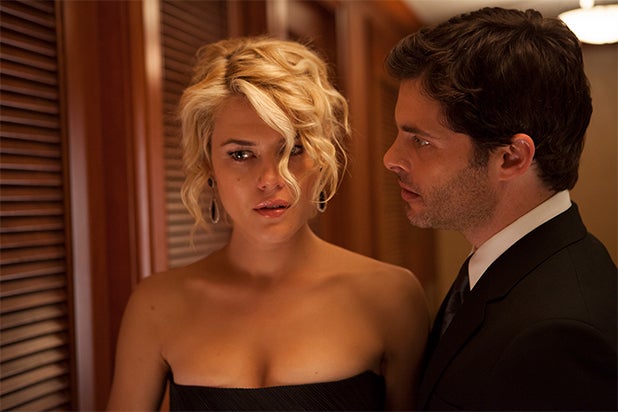 Universal has taken “The Loft” off its release calendar and replaced it with the horror movie “As Above, So Below” which is set in the Paris catacombs, the studio announced Thursday.

“The Loft” stars James Marsden, Wentworth Miller, Matthias Schoenaerts, Eric Stonestreet and Karl Urban as five friends who share the same apartment for their extramarital affairs. When the body of an unknown young woman shows up there, they begin to turn on each other.

The film was directed by Erik Van Looy and had been set for release on Aug. 29, though a new date has not been announced.

Moving from Aug. 14 into the Aug. 29 slot is “As Above, So Below,” the Legendary thriller set in the Paris catacombs. It follows a team of explorers who venture into uncharted areas of the underground maze of bones, discovering dark secrets along the way. John Erick Dowdle directed the film, which he also co-wrote with brother Drew Dowdle.

The move gets “As Above, So Below” away from competition from bigger films targeted towards the same audience, including “The Expendables 3” and Fox comedy “Let’s Be Cops.” The only other film opening wide on August 29 is Lionsgate’s horror movie “Jessabelle.”