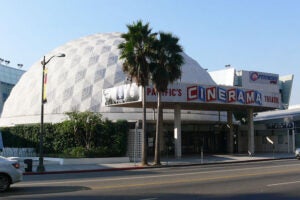 Call it a Battle of the Think Tanks, or maybe Stat Wars: USC’s Annenberg Inclusion Center took to social media Tuesday to disparage a new report from San Diego State University’s Center for the Study of Women in Television and Film, documenting a 28% drop in female film protagonists in top-grossing films in 2020.

In series of critical tweets, the Annenberg Inclusion Center, founded by Stacy Smith, questioned the data, as well as calling out news outlets for publishing what Annenberg calls “flawed” results of the San Diego State study:

The 100th film of 2020 made less than $1 million. Most years, the 100th film made roughly $22 million. @SDSU study is not relevant to trends over time. Do better journalists @variety @deadline @thewrap. Interrogate the study. Report flaws. #basicstats

Other Tuesday tweets from Annenberg kept up the attack on SDSU, as well as needling the press, arguing that any results based on movies released in 2020 are bound to be skewed due to the pandemic and journalists should know better than to report the information.

“Just because a study appears in the press doesn’t mean it is valid,” one Annenberg tweet read. “We are not reporting 2020 findings on purpose this year. The films cannot be compared to previous years without a degree of major caution. Scholars know this and need to be responsible.”

Due to pandemic  theater closures, the 100 top films in 2020 earned substantially less at the box office than in 2019, and Annenberg concludes that renders the study invalid. “The @SDSU research is comparing samples that are not similar,” one Annenberg tweet read. “Basic stats/methods issue. Journalists should be trained on these issues & challenge the researcher’s approach.”

The report, titled “It’s A Man’s (Celluloid) World,” and released by Martha Lauzen, executive director of SDSU’s research center, cited a slight growth in the percentage of females as major characters and in speaking roles in 2020, climbing from 34% in 2019 to 36% in 2020.

However, the report said that in terms of protagonists — defined by the study as characters from whose perspectives the stories are told — the number had fallen dramatically from 40% in 2019 to 29% in 2019.

Melissa Silverstein, founder and publisher of Women and Hollywood, which educates and advocates for gender diversity and inclusion in the film industry, also jumped into the social media fray on Twitter, calling 2020 an anomalous year because movie release schedules were so disrupted by COVID-19.

“So 2020 should not be an indicator of ANYTHING including whether it was a sucky year for female protagonists onscreen. U have to put this is a covid context,” Silverstein wrote.

When contacted by TheWrap, USC’s Smith provided the following statement: “I think across the tweets an argument is laid out for ensuring that longitudinal research is consistent in its method over time. For the study just released, the sample is not consistent with the previous years investigated (see tweets). Thus, the findings should be interpreted VERY cautiously, and the trends probably do not reflect choices about D&I (diversity and inclusion  in the industry.”

Smith’s statement continued, “People in the industry need to be informed by reality. Research that is used to create arguments and challenge the status quo must be both reliable and valid. That is the goal of our work, ensuring the highest standards of science in the studies the industry uses to make decisions about D&I.”

When asked to comment on the tweets, SDSU’s Lauzen said in a statement, “Even in an atypical theatrical year, it is worth examining the representation of females and males in film. It’s not that the year didn’t happen but, rather, what did portrayals look like in 2020 and how did women fare?

“People are well aware that Covid-19 interrupted theatrical releases in 2020. Since 2002, the It’s a Man’s (Celluloid) World study has tracked the top grossing and thus the most watched films of the year,” the statement continued.

Due to interruptions to theatrical releases due to COVID-19, Lauzen said the research included Digital Entertainment Group’s ‘Watched at Home’ list from March through December 2020 and compared it to the top 100 box office list “as a check that the top 100 grossing films reflect the films that were the most viewed.”  The DEG list includes U.S. digital sales, digital rentals (VOD), DVD and Blu-ray.  This list does not include premium VOD.

In an interview with TheWrap, Lauzen did not comment on the tweets but said she chose to focus the new study on protagonists “because that tells us from whose perspective the story’s being told, and I think that’s so important.”