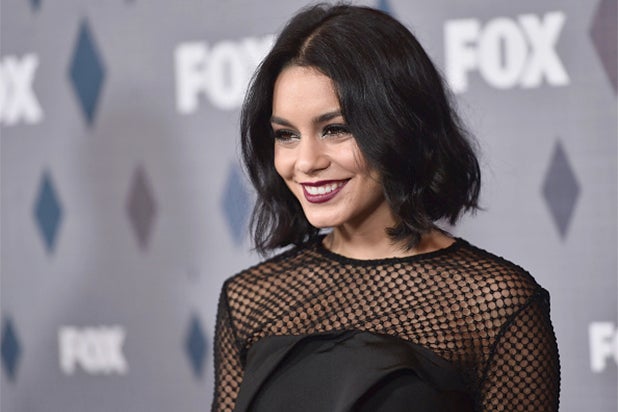 So Vanessa Hudgens thinks she can judge dancing.

The triple-threat best known for her work on the “High School Musical” franchise will join Nigel Lythgoe and Mary Murphy as the third judge this summer on Fox’s “So You Think You Can Dance.”

“I am so excited for Vanessa to join Mary and me on the judging panel for the 14th season of ‘So You Think You Can Dance,'” said Lythgoe, who also executive produces. “There was instant chemistry in the audition rounds, and I know the ”SYTYCD fans will love her as much as we do. Vanessa is an accomplished artist and brings her own brand of enthusiasm and energy to our panel.”

Season 14 of the dancing competition will feature those between the ages of 18 and 30 showing off a variety of dance styles including contemporary, tap, hip-hop, ballroom, animation, breaking and more. The Top 10 dancers will be paired up with All-Stars who will guide them throughout the competition as they vie for America’s votes and the title of America’s Favorite Dancer.

Hudgens began her work in musical theater at a young age with “The Wizard of Oz,” “The King & I,” “The Music Man” and “Cinderella.” In 2015, she made her Broadway debut, starring in the title role of “Gigi.” A year later, Hudgens played Rizzo on Fox’s “Grease: Live.”

“So You Think You Can Dance” is from 19 Entertainment and Dick Clark Productions. The series is executive-produced by Allen Shapiro, Barry Adelman, Peter Hurwitz, Mike Yurchuk and Jeff Thacker.