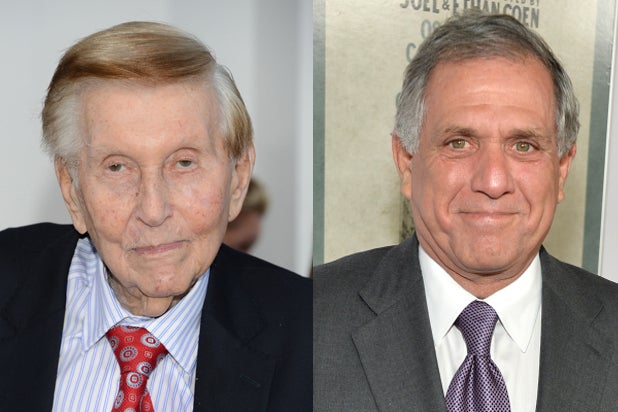 National Amusements, Inc. (NAI) has officially proposed an all-stock merger of CBS and Viacom, touting, of course, potential “synergies.” The Thursday letter, outlining the strong suggestion and signed by Sumner and Shari Redstone, is posted in its entirety below.

The request is not an unexpected one — click here for all the details we knew on Wednesday, when Reuters first reported that this was coming. Today’s letter makes it clear that the Redstones aren’t interested in considering any third-party acquisitions for the struggling Viacom, which includes Paramount Pictures under its own umbrella.

The Redstone-controlled NAI, directly and through subsidiaries, owns approximately 80 percent of the voting shares of both publicly traded corporations, and about 10 percent of Viacom’s total stock outstanding. CBS and Viacom used to be one company until a 2005 spinoff.

Members of the Boards:

We believe that a combination of CBS and Viacom might offer substantial synergies that would allow the combined company to respond even more aggressively and effectively to the challenges of the changing entertainment and media landscape.

As a result, we would like both companies’ boards to consider a potential combination of the companies. Our tentative view is that the optimal structure would be an all-stock transaction in which the stockholders of each company would receive shares in the combined company of the same class as they currently hold.

We therefore request the board of each company take the appropriate steps to consider the proposed transaction. We believe that any transaction should be the result of full and fair deliberation and negotiation, and that any transaction would proceed only if it is approved by each board. None of Sumner M. Redstone, Shari E. Redstone or David R. Andelman will vote as directors on the consideration of this matter by either company’s board, and none will participate in any of the related deliberations.

To avoid any doubt, National Amusements is not willing to accept or support (i) any acquisition by a third party of either company or (ii) any transaction that would result in National Amusements surrendering its controlling position in either company or not controlling the combined company. We believe moving forward expeditiously, but with due care, is important and we are prepared to be of assistance to the two companies as they explore this possibility.