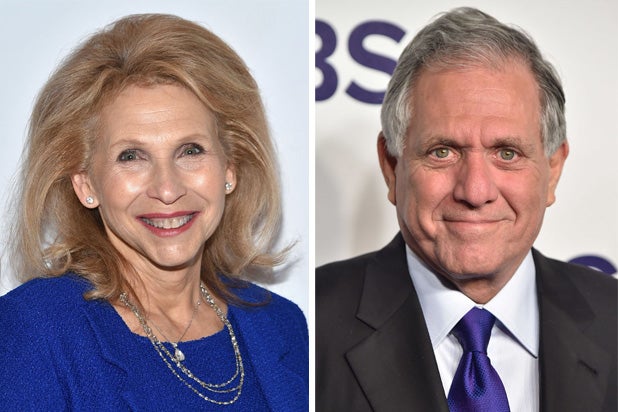 Viacom and CBS vice-chairwoman Shari Redstone is pursuing a merger of the two media companies that split more than a decade ago, according to multiple insiders who spoke to TheWrap.

With the Hollywood landscape quickly shifting, Redstone, president of the privately-held National Amusements that controls both media companies, has concluded that a bigger footprint is necessary for the companies to thrive. CBS’ core business is broadcast television along with multiple digital properties, while Viacom holds cable channels like Nickelodeon and Comedy Central along with the Paramount movie studio.

A time frame for any potential merger is unclear, but three individuals with knowledge of the companies said that Redstone is actively moving in that direction, which represented another shift in her back-and-forth mindset on the matter.

Viacom and National Amusements declined to comment, and CBS had no immediate response to a request for comment.

CBS chairman Les Moonves, who has long resisted talk of recombining the companies, is now open to the possibility, the insiders said. He would be the most likely person to run the merged companies, though Redstone is considering other candidates, according to two insiders.

An individual close to Moonves acknowledged the process to TheWrap: “He’s having active discussions with Shari and the board on a wide variety of issues all the time, including this one. And those discussions continue with regard to looking to merge the two companies.”

One insider told TheWrap that Redstone was looking at other candidates because Moonves was demanding an ownership stake and she thought his demands were too rich. The individual close to Moonves disputed this, saying: “At no time has he asked for an ownership position.”

The move to merge the companies represents another reversal for Redstone, who directly appealed to CBS and Viacom to merge in September 2016, then retreated from this in the following months, presumably because of Moonves’ opposition.

In a letter in September 2016 to both boards from her parent company National Amusements, she touted the potential of “substantial synergies” that a merger would bring. She called on the boards to “respond even more aggressively and effectively” to combat the challenges they both faced.

Redstone later reconsidered after ousting Viacom CEO Philippe Dauman and replacing him with Bob Bakish — whom she installed after successfully wresting control of Viacom in a bruising boardroom and legal battle over succession plans involving her father, Sumner Resdstone.

“We talked about it, and what became apparent to me very quickly was that our assets were severely undervalued, which I had understood, but what I didn’t understand at the time was the significant upside that existed in our businesses once we had a good management team in place and the culture came back,” Redstone said at last May’s re/code conference.

Meanwhile, the rise of streaming giant Netflix — whose $83 billion market cap far exceeds both Viacom and CBS combined — as well as the ambitious moves by tech giants like Amazon and Apple into the entertainment content space have set off a period of strategic change in the sector.

In February 2016, the then 92-year-old Redstone stepped down as chairman of both Viacom and CBS amid questions about his age and mental competency. Moonves assumed the chairman title at CBS, while Viacom CEO Philippe Dauman was ousted and ultimately replaced by Robert Bakish.

Viacom and CBS had merged into a single company in 1999, which Sumner Redstone split in 2005 in an attempt to maximize shareholder value.

The Redstones control both the CBS and Viacom through their supervoting shares held by National Amusements.