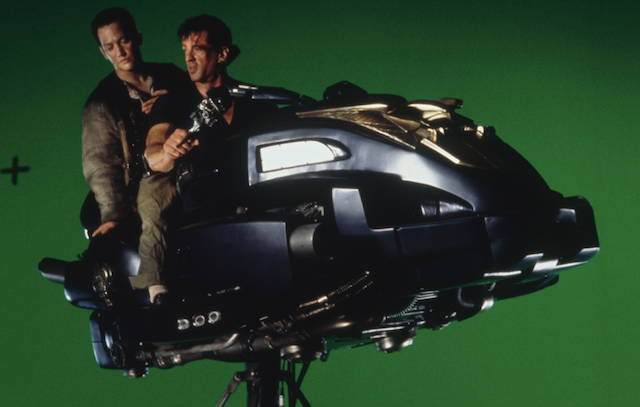 The honorary professional society tapped visual effects supervisor Scott Squires, a VE supervisor who has worked on films like "Star Wars: The Phantom Menace," to survey more than 600 visual effects artists around the globe.

The findings are not scientific and are part of a larger examination of the industry's struggles to adjust to a globalizing market and shrinking profit margins. But they do reveal that the financial pressures roiling the business have trickled down to its rank-and-file workers.

Only 37 percent of respondents said they received health care through their employer; and roughly 60 percent said they were “highly” or “very highly” concerned about coverage.

Many visual effects artists are not salaried employees — they are contract workers, often let go after work on a film is completed — so they do not receive full benefits.

This system hasn't helped with the issue of overtime pay: Only 38 percent of respondents reported receiving all the overtime pay they were entitled to, while that same amount said they received no OT.

Some artists have call for unionization; Visual Effects Society Executive Director Eric Roth told TheWrap that he understood why artists are angry, but said it was important that they refuse to work for employers who are late paying or who refuse to square up.

"If you're not getting paid, you shouldn't work there," Roth said. "It's not enough to accept, 'Oh well, we'll pay you on the next one.' Artists have to take responsibility for their own careers, to know their contracts and to protect themselves."

Not that taking a stand is easy. The industry has been buffeted by the rise of tax incentives in foreign countries like the United Kingdom and Canada. That has led to the bankruptcy of California-based films like Rhythm & Hues and an exodus of work abroad.

That in turn has forced many workers to seek jobs away from Los Angeles. Nearly one-third said having to move to keep working was a significant problem for them — and their families.