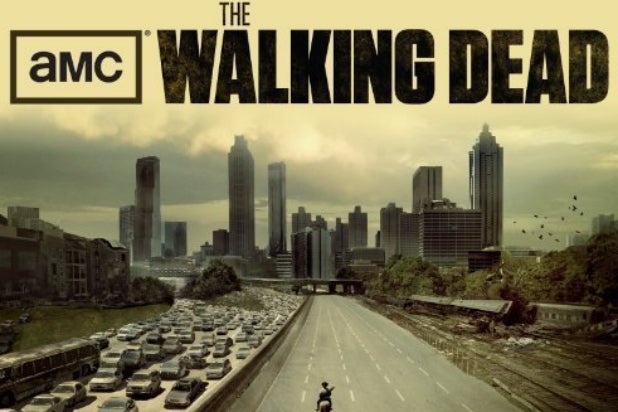 The image shows a disheveled, greasy and bloody Rick Grimes (Andrew Lincoln) peering out from what appears to be a shed or storage unit — and that’s about it.

The fourth season of “The Walking Dead” set a new viewership record for the series, averaging 13.3 million live/same day viewers per episode and 8.6 million adults 18 to 49. That was a 24 percent increase over Season 3 in total viewers, and a 22 increase in they key demographic.

It also makes it TV’s biggest show in the key demo.

Here’s the photo in all its full-sized glory: