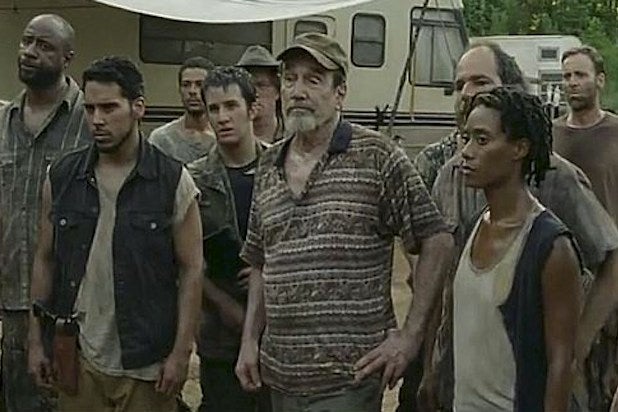 The season four finale, in which Rick Grimes and Co. arrived at the terrifying Terminus, anchored a record-breaking night on AMC. The live “Talking Dead” aftershow delivering a series record 7.3 million viewers and 4.7 million adults 18 to 49. And the third season finale of AMC’s “Comic Book Men” at midnight was watched by 1.1 million viewers and 715,000 adults 18 to 49.

The fourth season of “The Walking Dead” set a new viewership record for the series, averaging 13.3 million live/same day viewers per episode and 8.6 million adults 18 to 49. That was a 24 percent increase over Season 3 in total viewers, and a 22 increase in they key demographic.

“The linear television business is Dead and well,” said Charlie Collier, AMC president. “Thanks to Robert Kirkman, Scott Gimple, the other terrific executive producers and the entire cast, crew and network for working together to bring the fans (myself included) another unforgettable season of ‘The Walking Dead.’ To see this show serve as the centerpiece of a truly historic night on AMC is truly gratifying. So many played a role in this success, across all three shows, in giving the fans a reason to continue to return in ever-greater numbers. And so we say, until next fall, ‘Welcome to Terminus.'”