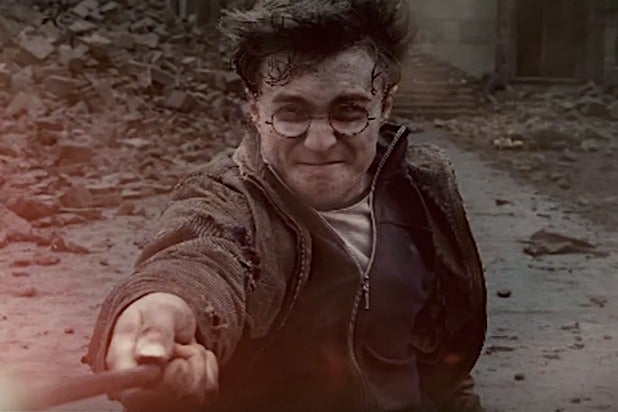 Despite reports on Monday that HBO Max was in early development on a “Harry Potter” TV spinoff, the studio denies that’s the case.

Early Monday, multiple media reports stated that WarnerMedia executives were looking for writers for a potential series set inside the world of the hit box office franchise (The Hollywood Reporter was first to report). When contacted by TheWrap to confirm the news, we got this statement from HBO Max and Warner Bros.: “There are no ‘Harry Potter’ series in development at the studio or on the streaming platform.”

The reports added that no writers or other talent were attached as of yet, nor were there any details regarding the series’ focus.

Last week, Warner Bros. put Tom Ascheim, president of Warner Bros. Kids, Young Adults and Classic, in charge of the franchise and Wizarding World brand. Ascheim will now be the company’s senior representative in connecting with author J.K. Rowling and her reps — including her agent Neil Blair along with chief creative officer at The Blair Partnership, James McKnight — in determining priorities and opportunities for the Harry Potter franchise. Ascheim will also look to enhance the content universe related to the Wizarding World property for the studio’s various outlets and platform partners.

Rowling, who authored the popular novel series that the films are based on, controls the rights to “Harry Potter.” She also wrote the screenplay for Warner Bros. current “Fantastic Beasts” prequel film series.