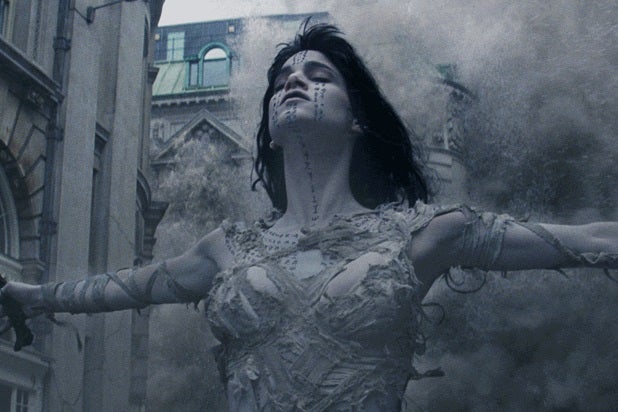 “The Mummy” is the latest in a long line of reboots of Universal’s famous 1932 monster movie. But unlike the films of the past, the Tom Cruise-starring “Mummy” isn’t just about a scary ancient Egyptian curse and the undead creature that goes with it. It’s also opening up a whole new world of monsters.

Just about the first thing audiences at “The Mummy” see is a giant logo for Universal’s “Dark Universe. “The Mummy” is actually the first film in a new cinematic universe, akin to what Marvel Studios and DC Comics are creating with their superhero movies. Instead of centering on heroes, though, the Dark Universe is all about monsters.

Essentially, the Dark Universe is a series of related reboots of Universal monster movies. To some degree, Universal’s monster movies released in and around the 1930s were the first cinematic universe as we currently know it. Universal released several standalone monster movies, but the creatures were known to intermingle in crossover films.

Also Read: Does 'The Mummy' Have a Post-Credits Scene?

The new cinematic universe is led by Alex Kurtzman, who directed “The Mummy,” and “Fast & Furious” franchise screenwriter Chris Morgan.

Audiences at “The Mummy” will get a few hints of future potential films, in fact — the movie includes a couple of quick references to monsters like the Creature from the Black Lagoon and vampires. And “The Mummy” includes another famously monstrous character: Dr. Henry Jekyll of “Dr. Jekyll and Mr. Hyde” fame, played by Russell Crowe.

Other main creatures in the ranks of Universal’s monsters include Dracula, the Wolfman, Frankenstein’s Monster and the Invisible Man. Universal also has said it wants to make a new movie for the Dark Universe about Dracula’s nemesis, the vampire hunter Van Helsing, rebooting the film it did with Hugh Jackman in 2004.

Also Read: You Must Watch This Version of 'The Mummy' Trailer With Messed Up Audio (Video)

If other cinematic universes are the blueprint, we can expect Universal to do multiple single-monster movies over the next few years in the same vein as “The Mummy,” with crossovers like “The Avengers” or “Batman v. Superman: Dawn of Justice” once characters (and creatures) have been established. The only movie on the books so far is “Bride of Frankenstein,” however. It’s planned to release on Feb. 14, 2019, but details on the movie are otherwise thin.

There was another, undefined Universal monster movie slated for 2018 up to a few months ago, but that movie has since been cleared from Universal’s roster of upcoming films. There has been movement on a few other Universal monster movies outside of “Bride of Frankenstein,” though. Javier Bardem is signed on to to play Frankenstein’s Monster, and Johnny Depp is tapped to play the Invisible Man for the Dark Universe.

As seen in “The Mummy,” it seems one of the central focuses of the Dark Universe that will link the movies together is Prodigium, the evil-fighting group run by Dr. Jekyll. But what audiences don’t get much of from the first Dark Universe movie is an inkling of where the franchise plans to go next. We’ll have to wait to 2019 to see how Universal starts to construct its terror-filled franchise.