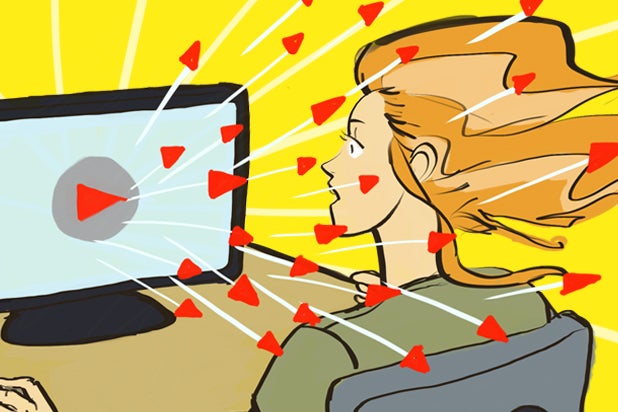 You’ve probably seen it several times already: a website announces it is “pivoting to video.” It’s an eye-roll inducing cliche that nonetheless looms over the industry like a specter.

No one wants to read anymore, the conventional wisdom goes, and so it is that as digital outlets scramble to make money in an increasingly fractured media landscape, sites fire writers and turn to their new one true savior: Video.

It’s understandable why those sites might think video is the way forward. According to data from Pew Research Center last year, more Americans prefer to watch their news (46 percent) than read it (35 percent) or listen to it (17 percent).

But that doesn’t tell the whole story. The same research also indicates a generational divide, one favoring reading over video in the long term. By a slight percentage, Americans aged 18-29 prefer to read their news; the same is true for people aged 30-49.

In other words, a blanket “video over copy” game plan is misguided — especially when targeting a younger demo.

Ask Mark Bonner, former managing editor of International Business Times. He’s seen how the bet can backfire firsthand. IBT placed a strong emphasis on video in early 2016, adding auto-play clips to all of its stories. Coupled with the site’s ad-heavy layout, the videos were a disaster, Bonner says. Rather than draw new eyeballs in, it scared readers away.

“I certainly saw it had a very adverse affect on the overall audience numbers, per day, per week, per month. That average time spent per page —  which was already very low — dipped even more,” Bonner told TheWrap. “Basically what was happening was, once they put auto-play in, and it was being married with the other programatic ads, it was like people were coming into the website and saying ‘oh man, I’ve made a mistake and I gotta go.'”

The “hurried decision” rubbed both its audience and its editorial staff the wrong way, according to Bonner.

At the time its video strategy was implemented, IBT looked to be a well-oiled machine. The New York-based outlet had 125 writers and editors, churned out 100-15o pieces of content per day, and had 35-40 million unique visitors each month. As Bonner puts it, IBT had a “deep bench” that knew how to make the written word play online “down to a science.”

That formula was irredeemably tweaked once video was added. When asked what the driving force was behind the decision, Bonner had one word: “Money.” Looking to leverage its audience, the business arm of IBT aimed to generate ad dollars by ramping up video views. The results were costly.

“[The pivot to video] was forced on us, and I never got an explanation why, but I can only guess they were looking at the balance sheets and saying ‘this is a fast way for us to make up some gains,'” said Bonner. “It didn’t work, as far as I can tell, because we all got laid off.”

Instead of ushering in a new era for IBT, the publication sputtered. Its editorial staff dwarfed its video team, with only three people dedicated to placing clips on stories. When readers stuck around to actually watch the videos, the content routinely failed to compliment the written story. Bonner pointed to stories on Snapchat having political clips rolling alongside them.

The botched video rollout compounded underlying business issues for IBT. A round of layoffs came in the spring of 2016, followed by 32 more employees — including Bonner — losing their jobs early in the summer.

In hindsight, the muddled approach made it clear to Bonner pivoting to video isn’t as simple as throwing as much content against the wall as possible and hoping it sticks. An outlet has to have the internal bandwidth and talent to pull off an effective pivot.

“Monetizing video isn’t easy,” said Bonner. “It really depends on what kind of publisher you are and the audience you have. And the rollout of that strategy has to be perfect.”

According to Similar Web, IBT’s current monthly traffic for the last three months has averaged around 21 million visitors per month. Data for the period prior to the site’s 2016 pivot is not publicly available, but current traffic numbers are about half of what Bonner tells the wrap the site used to get. TheWrap has reached out to IBT for clarification and comment.

However, data is available for Fox Sports: that site has seen its audience vanish since its pivot, with page views diving 88 percent.

Now Editor-in-Chief of Bisnow, an online publication focused on real estate, Bonner said he’s “skeptical” when he hears about outlets pivoting to video.

“I don’t think we’ve got to a point where we can say, without a shadow of a doubt, that video is the future. It’s part of the future, but is it the only future? I’m not so sure,” said Bonner.  “And I wonder if at a certain point at time, when these videos realize how hard it is to monetize video, if they’re going to revert back to more traditional methods.”