Whatever it means for a country to be Number One in ways that matter to ordinary people, America isn’t it. As is confirmed in Michael Moore‘s wide-eyed travelogue “Where to Invade Next,” the United States could learn a lot from other nations in fields as disparate as education, incarceration, work-life balance, drug decriminalization, school lunches, Holocaust remembrance, and female representation in the banking industry.

Moore starts with the notion that America is broken, and in this documentary he rambles around Western Europe (with a quick detour to Tunisia), admiring what he sees and beating himself up for what, say, France has that we don’t. During the cutesier first half of the documentary, Moore carries around an American flag and plants it on the ground when he finds an idea, like Norway’s rehabilitation-oriented prison system, that he likes. (A more apt but less provocative description of the film might be “What to Appropriate Next.”)

Whether you’ll enjoy Moore’s latest film depends on how you feel about its central conceit, which is to cherry-pick what’s great about a given country and contrast that nation’s situation to ours. If you’re in a self-loathing mood, you might find yourself nodding along with Moore, a host and narrator who benefits from a jaunty tone and briskly paced editing. But I found the film intellectually facile and politically delusional.

Take, for example, Moore’s veneration of Italy’s legally mandated eight weeks of paid vacation. That policy sounds great. What Moore conveniently fails to mention, though, is that Italy has an unemployment rate more than double ours and that earlier this summer, nearly one in two Italian youth suffered joblessness — a situation that probably has something to do with the country’s generous employee benefits. Likewise, the film’s rosy depiction of German racial relations (ostensibly because of that country’s unique Holocaust commemoration) will certainly come as a surprise to Deutschland’s neo-Nazis and marginalized Turkish immigrants alike.

Also Read: Michael Moore Blasts Lack of Female Directors in Hollywood: 'It's a Form of Apartheid'

The decontextualization of such policies can veer from disingenuous to clueless. Moore’s glowing appraisal of Finland’s short school days (which supposedly result in the world’s top students) wouldn’t be sustainable for many working-class parents, who would then find themselves in need of additional childcare. Moore likewise ignores the fact that longer school days can be a boon to students in violent neighborhoods, since they’re likelier to be safer in schools than on the streets. Also unmentioned is the possibility that socialist Finland boasts more educational achievement compared to the U.S. because poverty and violence burden our students at a much higher rate. 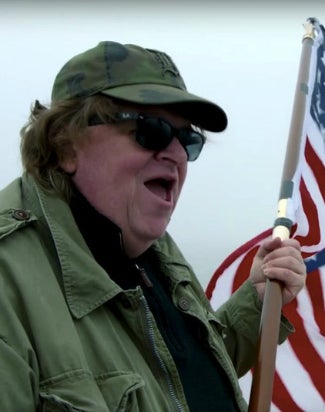 However selectively they may have chosen to present it, Moore and his team at least did their research. The best parts of “Where to Invade Next” are in the details, like the budget breakdown on each French tax return, which notes how much each taxpayer’s contributions went to what government expenditure. It’s also noteworthily abominable that the U.S.’s only ally in foregoing required paid maternity leave is Papua New Guinea. (“Where to Invade” largely avoids issues Moore’s devoted previous films to, like healthcare and gun control.)

Moore repeatedly declares that many of these policies were born in the U.S. and simply implemented elsewhere. That may be the case, but what strikes most resonantly is the opposite: That many of these ideas, like Finland’s eradication of a private-school system and Slovenia’s free tuition for all undergraduates, are profoundly part and parcel of those cultures. Just as much as Moore pretends that European nations aren’t beset by their own problems — which seems clangingly untrue when the continent has responded deplorably to the Syrian refugee crisis and white supremacists are currently rising in both numbers and political representation — he dishonestly declines to admit that any of these progressive proscriptions would be met by the fiercest opposition here.

Also Read: Michael Moore Booted From Trump Tower for Waving 'We Are All Muslim' Sign

American exceptionalism certainly deserves to be deconstructed, but that can most assuredly be accomplished with a lot more nuance than it is here. As an exercise in liberal self-flagellation, hey, whatever floats your boat. But as a political call-to-arms, I believe in America: We can do better.

From thoughtful documentaries like ”A Courtship“ and ”In Transit“ to dramas such as ”Anesthesia,“ see the can’t-miss premiere titles