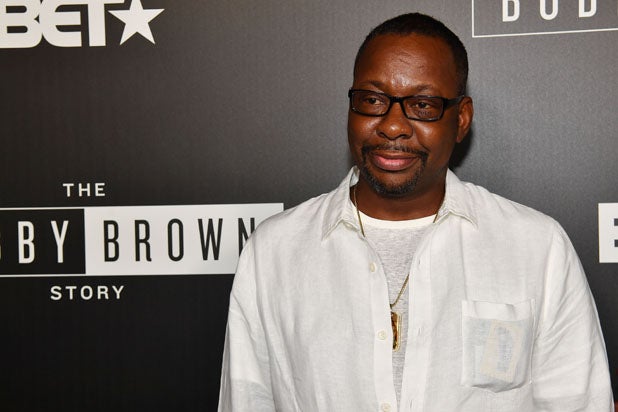 An R&B icon, a college football team and a tennis star had viewers talking passionately on social media over the past seven days.

The Wrap has partnered with Canvs, the emotion measurement AI company, for a weekly look at some of the characters and personalities that have TV viewers the most worked up on social media. The data below covers Aug. 29 through Sept. 4 and is drawn from the most emotionally reacted-to television programs, including broadcast, cable, streaming and PPV.

Also Read: Bobby Brown Denies Whitney Houston Ever Called 911 on Him: 'The Public Record Is Wrong'

Part one of “The Bobby Brown Story” on BET sent shock waves through social media, with the broadcast garnering 54,689 Emotional Reactions (ERs). Bobby himself was the main driver of emotional conversation, and viewers rushed to weigh in about previously undisclosed drama with Janet Jackson and Whitney Houston (the dramatization lead viewers to believe that Brown had a relationship with Jackson before marrying Houston). Some applauded his courting skills, while others commented about the accuracy of the portrayals and if Jackson is teeing up to sue.

This man Bobby Brown was The GOAT. He had Janet and Whitney #BobbyBrownBET

Bobby juggling all these women is giving me anxiety. That’s no way to live, very stressful lifestyle. -40 year old me. #BobbyBrownBET

ABC’s broadcast of the LSU vs. Miami college football game sparked 32,782 ERs, with LSU generating the most emotional conversation overall. The team upset Miami 33-17 and many fans were simply thrilled. They commented on individual players such as running back Nick Brossette, who scored two touchdowns, as well as the team as a whole, giving props and sending congratulatory messages after the last whistle was blown.

Nobody on the LSU team deserved to score a TD more than Nick Brossette. Great kid, excellent teammate.

LSU better keep this interesting. I just learned there are new episode of The Great British Baking Show out.

Way to go Jacob Phillips for getting that Pick Six…National Playmakers Academy Connection at LSU…Geaux Tigers of LSU!

Round 16 of the 2018 U.S. Open, which was broadcast on ESPN2 and generated 27,480 ERs, left many viewers shocked when Roger Federer was upset by John Millman. Federer took the first set, but Millman hit back hard and snagged his first career victory against a top-10 player. Despite the win, fans were more eager to talk about his opponent, commenting on everything from Federer’s outfit to the performance itself and the subsequent disappointment that he won’t continue in the tournament.

Was it simply a bad night or did we seriously just watch Federer age right before our eyes? Depressing either way. #USOpen

Roger Federer is out at the US Open. I was really looking forward to that Djokovic-Federer matchup. Oh well…..#USOpen