This story first ran in the Down to the Wire issue of TheWrap’s Oscar magazine.

The #OscarsSoWhite debacle has been a crisis for the people who dole out the Academy Awards. But for the producers of the Oscars telecast, it’s a surprise gift. All they need to do is unwrap it.

Yes, Academy of Motion Picture Arts and Sciences president Cheryl Boone Isaacs is “heartbroken” over the lack of non-white acting nominees. Yes, old white Academy members are in high dudgeon over having their voting privileges stripped away as the organization attempts to modernize and diversify. Yes, Spike Lee would still rather go to a Knicks game than the Dolby Theatre.

That’s all no doubt painful for Isaacs, for the Academy’s leadership, for the industry poobahs who don’t like being called racist just because they’re a bunch of white men who mostly hire other white men and make a product geared increasingly toward white men.

But for viewers, this is great stuff–the drama that the Oscar telecast has lacked as of late. Show producers David Hill and Reginald Hudlin are ridiculously fortunate to have Chris Rock as their host this year. If Ellen DeGeneres or Hugh Jackman or–shudder–Billy Crystal were doing the honors, it would be nearly impossible to make more than a passing reference to #OscarsSoWhite without things getting hella awkward.

But Rock can go where most Oscar hosts can’t–not just because he’s a black comic, but because he’s a performer who has put race at or near the center of his work for decades. Chris Rock knows how to make jokes about racism, and that’s what the folks at home will want to see, even need to see.

Rock’s opening bit may be the most anticipated in the history of the telecast. Hill and Hudlin should cut him a wide berth to avoid being accused the day after of having missed an opportunity.

Give him some extra time. Don’t overcomplicate things with a lot of video or celebrity cameos or a musical number. Let Rock be Rock. Put him onstage and let him talk for 15 minutes.

That will be almost twice as much time as host Neil Patrick Harris got last year. Yes, that’s scary. It will be okay. Rock will crush it.

Also Read: Chris Rock Was Funniest Oscar Host Ever, If You Were at His Rehearsals

Front-loading the show with Rock will offer a catharsis to the viewers, letting them laugh long and hard at the people responsible for this mess. That accomplished, they’ll be free to enjoy what remains of the show–to complain about the categories nobody cares about, express disbelief when some industry legend gets played off too soon and exclaim, “Oh, I didn’t know he died!” during the memoriam segment.

More importantly, this tactic will give the show a guaranteed water-cooler moment. It will need that badly. In the tentpole-or-bust era, the Oscars have become largely about celebrating movies that nobody actually sees.

Does anyone think that people in Peoria cared that “Birdman” won last year? That “12 Years a Slave” won the year prior? Does anyone expect them to care whether “The Big Short” beats out “Spotlight” and “The Revenant” this year?

Last year’s Oscars were down 18 percent in total viewers from the previous year, when host Ellen De Generes and her selfie stunt gave people a reason to stay tuned in. That moment was manufactured. Rock can deliver something just as effective and far more authentic.

He’s the right host at the right moment to make the Oscars relevant again. Just give him a few minutes to do it. 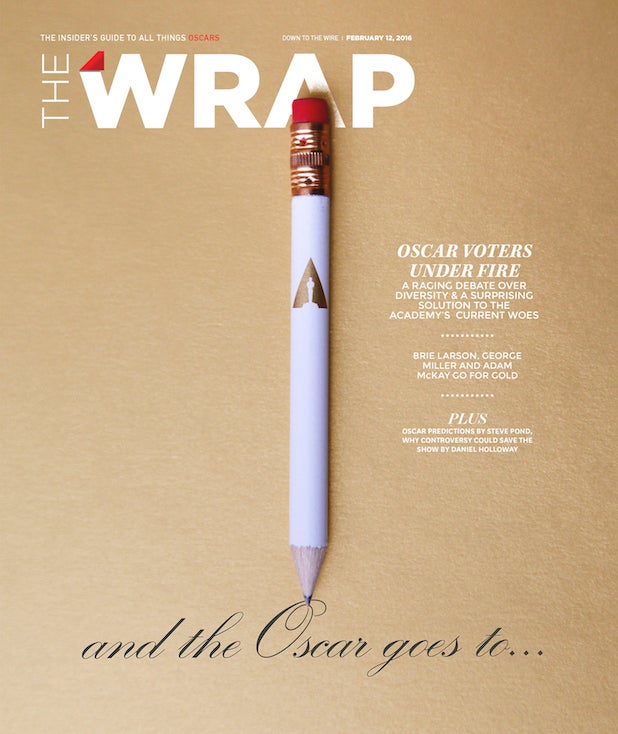