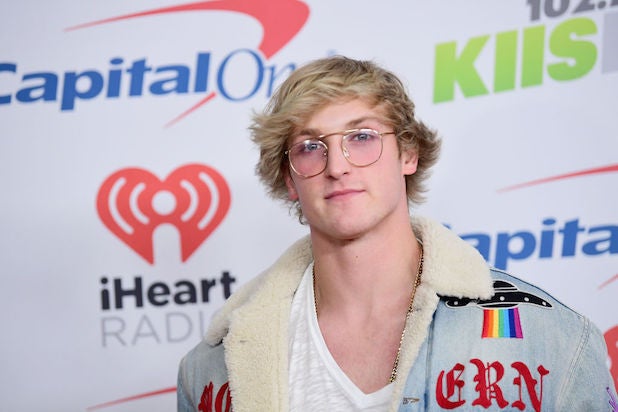 YouTube darling Logan Paul has now proven there’s a way to compound the severe blowback one experiences after featuring a suicide victim in a video post — and that’s by issuing a weak apology.

His initial apology sparked a second wave of backlash so furious he had to issue another one on Tuesday. (For the few of you who aren’t up to speed: Paul posted a video on Sunday, titled, “We found a dead body in the Japanese suicide forest.” In it he comes across a corpse hanging from a tree in Aokigahara forest near Mt. Fuji. At one point, Paul yells, “Yo, are you alive?” at the body. The clip amassed six million views in less than 24 hours before being pulled on Monday.)

Paul’s initial “sorry” went out on Twitter Monday night, and got slammed for being a masterclass in self-pity. “I’ve never faced criticism like this before, because I’ve never made a mistake like this before,” he said, adding, “I didn’t do it for views. I get views… I do this sh– every day. I’ve made a 15-minute TV show EVERY SINGLE DAY for the past 460+ days. One may understand that it’s easy to get caught up in the moment without fully weighing the possible ramifications.” Altogether, Paul referred to himself 27 times in the text apology — and that’s not even counting his #Logang4Life coda.

This was far from the optimal way to handle it, according to crisis management experts.

“His first apology felt more like a band-aid, and he kind of played to his narcissistic tendencies,” Chad Kawalec, CEO of Brand Identity Center, told TheWrap. “It sounded like he could just brush this under the rug and it wouldn’t be a big deal.”

Another indication Paul didn’t go about his first apology properly: It wasn’t a video.

“It struck me as strange he was hiding behind a written statement for his initial apology,” Evan Nierman, founder of crisis PR firm Red Banyan, told TheWrap. “His natural medium is video, and that’s where he’s built this impressive army of followers. So I’m a little bit perplexed why his first instinct was to release a written statement, rather than a formula that’s worked so well and helped him connect with viewers.”

Indeed, the 22-year-old has built a social media kingdom, thanks to his daily vlogs. Paul’s YouTube channel has more than 15 million subscribers, and has hauled in nearly three billion views since launching in 2015. His mostly-teenage fans follow him for wacky stunts — something his younger brother, Jake, has also harnessed into millions of subscribers. Paul has parlayed his success into lucrative partnerships with brands like Pepsi, Hanes, and Dunkin’ Donuts. His YouTube channel is where he reaches his fans, and where the error took place. To shun his “natural medium,” as Nierman put it, took away any semblance of a genuine apology.

“I should’ve never posted the video,” said Paul in his second apology, a 105-second clip uploaded on Tuesday.

The second attempt, according to Nierman, was a major step forward.

“He came across as very somber, very heartfelt, and I really liked the part where he told his supporters ‘those of you that are defending me, stop defending me.’ That was a great move,” said Nierman. “It was a much more measured, mature response.”

Kawalec agreed the Tuesday video from Paul was “better,” but that it was still missing a key attribute of any top-notch celebrity mea culpa: How is he going to use his platform to impact the issue at hand?

“The fact that he’s not following it up with: ‘Here’s what I’m going to do. I started this conversation, here’s how I’m going to extend it, and here’s where I’m going to take this spotlight and shine it on this cause,’ was a missed opportunity,” said Kawalec.  He added he would’ve recommended Paul point his viewers to the National Suicide Prevention Lifeline. “If he did that, it would change this from a controversial situation to one that has meaning and hope.”

For the next YouTube sensation to get into trouble, the lessons learned from the Paul fiasco would be these: Apologize. Stick to your usual method of communication. Find a way to make a positive contribution. And don’t make it about yourself.