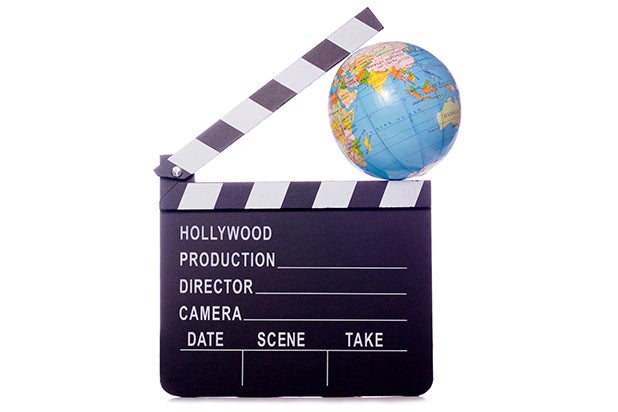 In our prior posts, we illustrated some of the more interesting aspects that have shaped and are still shaping the domestic box office dynamic. But beyond the home front, the international box office has continued to play a significant role for Hollywood movie studios.

American content is popular in many parts of the world, and continuing to produce movies that appeal to international audiences will be as important, if not more important, in the coming years as it has been in the past. Let’s look at “Star Wars: The Force Awakens” for example. It was wildly successful domestically, but only about 55 percent of its worldwide gross came from international markets (compared to around 70 percent for the top two global earners of all time, “Avatar” and “Titanic”).

Box office sales in the top 10 international markets have grown significantly faster than U.S. receipts have, in large part due to China, where box office sales are up approximately 40 percent per year since 2009. 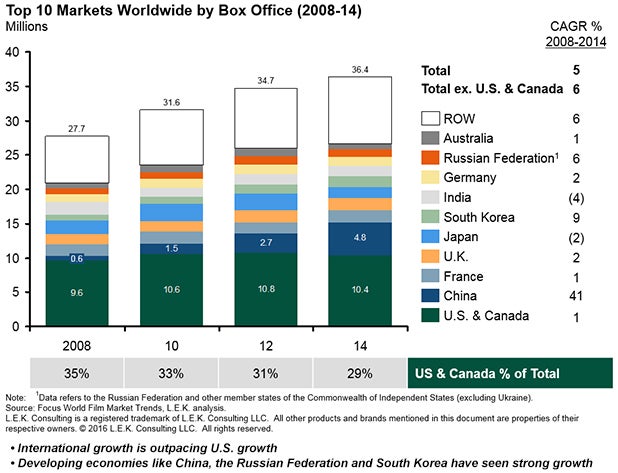 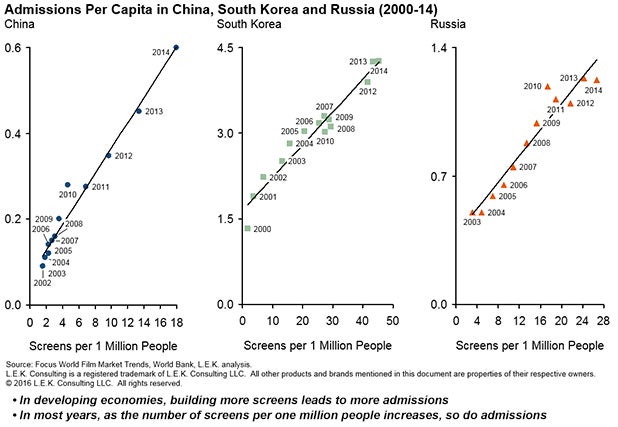 So if new screens drive box office growth, where are we in the development cycle of these international markets?

In developed countries like the U.S., Australia, France and the U.K., screen volumes have not changed significantly over the past five to 10 years. Therefore, admissions per capita have remained relatively constant. Developing countries, on the other hand, have seen appreciable growth in screens per capita — and admissions have followed.

China, in particular, appears to be at the beginning of a well-established admissions-to-screens curve, and it is already the second-largest box-office revenue country behind the U.S. If we assume that China follows this path, it could see tremendous growth in the coming years. The number of screens per capita in China is still quite low, but if it were to reach levels similar to those in the U.S., admissions per capita in China could increase by five to seven times today’s volumes, representing millions of dollars in previously untapped box-office revenue. 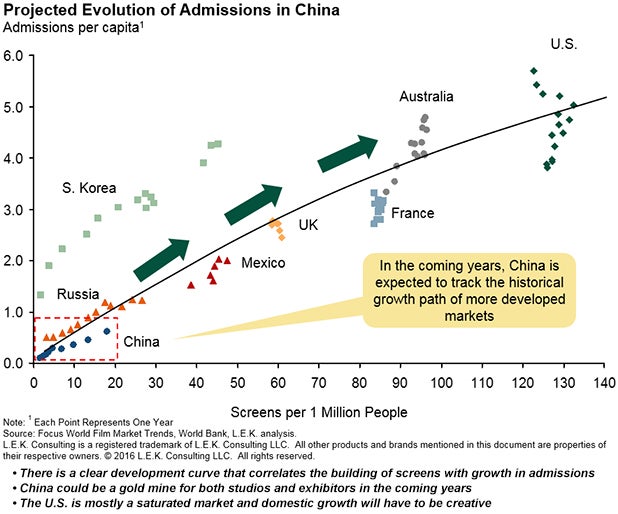 Next week, we will recap some of the difficulties facing the industry (domestically in particular) and posit some thoughts on a potentially better path forward for the movie industry.

This is Part 4 in a series on box office trends by Dan Schechter, Gil Moran and Michael Kaufman from L.E.K. Consulting’s Media, Entertainment & Technology consulting practice.