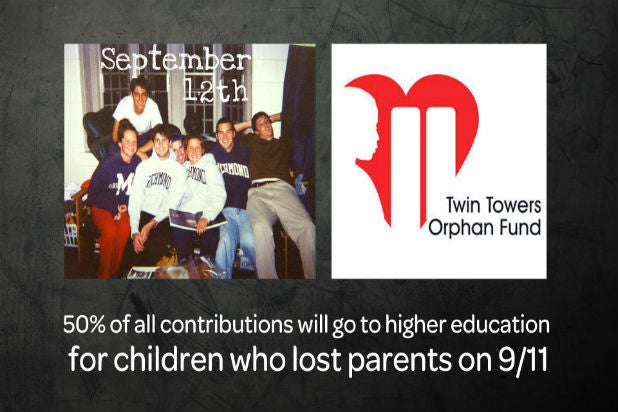 Let me start by admitting that I detest what crowdfunding has become. The simple idea of using social media to connect with like-minded individuals in order to help fund interesting projects that might not find the capital or audience they deserve through mainstream business never quite reached it’s utopian promise to the little guy.

What has grown up in its place is something I’ve referred to as online panhandling, blindly gambling with your friends’ money, and as the “Make a Wish Foundation” for the entitled; but to be honest that wasn’t always the case.

In 2010, I was a Master’s Candidate in Film at the University of Southern California, and I was desperately trying to raise $10,000 to produce my thesis. Months of hustling to secure camera grants, film stock donations, equipment discounts, and meal discounts had my head spinning. Knee deep in student loans, I decided to investigate a fledgling crowdfunding website called Kickstarter. Immediately I saw the potential sources of revenue from friends and strangers and the prospect of actually making my film seemed all the more possible.

I immediately set up a campaign. I felt that along with my commitment to the more traditional guerrilla filmmaking techniques, an additional goal of $5,000 raised via Kickstarter would get me where I needed to be. And just as I was about to launch that page, my year of knocking on doors, making endless phone calls, and exploring every avenue and resource at my disposal began paying off. Donations started rolling in and I found myself having met my $10,000 goal without having to exploit my network in order to raise even a single dollar on Kickstarter. So I didn’t. It never occurred to me that having already met my goal, I would reach out into cyberspace and say, “I could still use more money.”

We could all use more money. Apparently, that became the mantra of millionaire actors, directors and producers looking to finance vanity projects at the public’s expense. We already pay them at the box office and with our satellite TV subscriptions. We pay them by buying the products advertised in commercials that air during the programs we watch.  And what makes it worse is that they did it in the wake of the worst financial economic and banking crisis of my lifetime.

An onslaught of struggling young filmmakers and creatives took to the web and loudly voiced their frustrations.  Crowdfunding was being abused by a celebrity class with money and influence and I wanted to add my voice to the protest. I directed a four-minute music video where puppets sing about not being able to afford the social and financial obligations that accompany “contributing” to a project where they see no return on their investment and the people taking their money have no accountability or obligation to complete the project. I posted it on YouTube and swore off crowdfunding forever.

After all, to sell-out and join the very establishment I spent my time and energy railing against would brand me as something far worse than an online panhandler; I’d be a hypocrite.

And then something happened.

I witnessed a dear friend of mine from film school take up the cause of a homeless teenager and used crowdfunding to raise more than $75,000 so he could go to college when his financial aid package was denied. It was the first time in that student’s life that he had a steady place to sleep, and meal plan so that he didn’t have to worry about where he might scrounge up food. My friend did this with a blog and a PayPal link. I realized that denying the power and importance of how she did it would be denying the power and importance of what she did. I started to have a slight change of heart and remembered the initial promise that drew me to that first Kickstarter page I set up when I was in college.

I started looking for links between social activism and social media. Time and again I found great people doing amazing things for humanitarian causes like raising money for a friend’s cancer treatments, or paying mortgages for struggling veterans. I saw the fears, the hopes, the promises, and the love that binds us together as a culture. I was drawn to the deep connection we feel with the people we rely on when we’re scared and going through our most frightened times. And then I started to write.

I wrote a script about what it was like being away from home as a college freshman at the University of Richmond on Sept. 11th 2001. I shared it with my closest friends and family. I offered it as a gift to Virginia Repertory Theatre to be performed as a free commemorative reading in Richmond, Virginia, on Sept. 11th, 2014.  I asked professors who I had long forgotten to sit on a talk-back panel and discuss their own experiences. I asked current students and recent graduates to perform. The greater Richmond community came out to support the piece and I noticed a conversation among generations and various community members was occurring. It became far bigger than I could have ever conceived, and I realized it wasn’t just about my idea; it was about the conversation.

So now I’m trying to raise the money to make this little project into a film. I started looking for small projects with a social message that might not have had large scale backing from the mainstream film industry to see how they got their projects off the ground. I hit a wall. It seemed that terrific independent films with social significance like “Obvious Child” and “Dear White People,” took to crowd-funding in order to meet their initial goals.

And now I have to decide whether to “stand on principal,” or to do what all Americans do when they grow up and see their fortunes laid out ahead; “join the system.” So, I’m here to announce my Indiegogo campaign for the film project “September 12th.” But there’s a catch …

I won’t be awarding any DVDs or signed movie posters in order to entice you into giving me your latte money for the month. Instead, I am pledging to give 50 cents on the dollar to an organization that awards college scholarships to children who lost parents on 9/11.

I believe I have an important story to share, but the manner in which I tell it is of equal importance to me. So I’m asking those of you who have the means to contribute. Those of you who don’t have the means, that’s OK. I’m just asking you to pass along the idea of what we’re trying to do here, which includes taking a moment to laugh at the $55,000 that was actually pledged to some buffoon wishing to make potato salad. He too has a voice.

Please use your voice to join me in changing Crowdfunding into CrowdSHARING.

Ryan Frost is a Los Angeles based filmmaker. He began his film career in the mailroom at Paradigm before going on to USC's School of Cinematic Arts MFA program. Frost has produced, directed, and edited content for companies including Porsche, Skechers, and the Disney Channel. He is currently producing his first feature film, titled "September 12th," from a script he wrote about his 9/11 experience as a freshman in college at the University of Richmond.