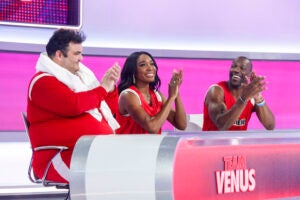 Univision Wins Another Wednesday in TV Ratings as CBS’ ‘Game On!’ Quietly Goes Off the Air

Why Warner Bros. Should Reconsider Releasing ‘Tenet’ for Streaming on HBO Max

Moving “Tenet” to HBO Max could be the “battering ram” WarnerMedia needs against Amazon and Roku, analysts say

Warner Bros. delayed “Tenet” again this week — this time indefinitely — slapping an even bigger question mark on the prospect of movie theaters reopening anytime soon. And Warner parent company AT&T’s CEO John Stankey on Thursday said the company has no intention of forgoing a theatrical release for the film and debuting it on PVOD or its new streaming service, HBO Max.

But analysts see a major upside to such a bold move — and even Stankey signaled that other upcoming Warner Bros. titles could skip theaters for a debut on streaming. “Shifting ‘Tenet,’ a $200 million-plus budget film from Warner Bros., directed by Christopher Nolan directly to HBO Max could be just the power move WarnerMedia needs right now,” Lightshed analysts Rich Greenfield, Brandon Ross and Mark Kelley wrote this week in a blog post for clients. “If WarnerMedia has the guts and financial wherewithal to pivot ‘Tenet’ to HBO Max, we will quickly learn who is ‘king,’ content or distribution.”

Since the pandemic shut down movie theaters worldwide, “Tenet” has been positioned as the first big-budget studio release that would revive theaters and usher moviegoers back to cinemas — and the studio is unlikely to want to jeopardize its relationship with Nolan, a reliable producer of blockbusters who has insisted on opening his movie in theaters. But COVID-related delays forced the studio to push back the initial July 17 release, first to July 31 and then Aug. 12 before being postponed indefinitely this week.

The delays have prompted exhibitors to slow their own reopening plans, with AMC Theatres, the nation’s largest theater chain, on Thursday pushing its planned reopening back again to mid- to late-August.

The pandemic has simply shone a light on what is clearly a vulnerable business model that many have considered outdated for years.  “Movie theaters have essentially prevented movie studios from evolving their business model over the past decade, even as consumer behavior has dramatically shifted,” the Lightshed analysts wrote. “Studios have been stuck with the legacy sequential release pattern of movies with 75 days between theatrical and digital sale and six-to-eight months between theatrical and release into pay one. The COVID-19 pandemic has enabled studios to begin experimenting.”

All summer long, major releases traditionally exalted to the big screen have instead gone to streaming, while megabudget tentpole films that were supposed to rule the summer, like “Wonder Woman 1984” and “Tenet,” have been kept on ice.

Studios have recognized the importance of streaming, mainly as a supplemental means of distribution and revenue. But over the last five months, it has proven to be a possible way forward. “Studios have only two ‘good’ choices for large budget films: Either delay films into 2021 in hopes of a vaccine or shift to (subscription video on demand),” the analysts wrote, noting that studios have two other “less compelling” options. One is to sell off films to streamers: Paramount sold its romantic comedy “The Lovebirds” to Netflix, Sony snagged $70 million from Apple for the Tom Hanks WWII film “Greyhound,” and STX Entertainment punted “My Spy” to Amazon Prime.

Alternatively, they could stick to a theatrical release despite the risks of the pandemic — especially in the first weeks and months of reopening. “Releasing films into theaters in this environment will undoubtedly lead to massive financial losses,” the analysts wrote, “between a lack of theaters/screens open and widespread consumer fear of being in movie theaters.”

HBO Max, which launched in late May as WarnerMedia’s big foray into a subscription streaming service to rival Netflix, could also use a boost. HBO Max garnered 4.1 million subscribers after its first full month since launching but the service is at an impasse with the two most-used streaming platforms in the country, Roku and Amazon Fire TV. The standoff illustrates the evolving fight between those who make the content and those who distribute it — a new-age carriage dispute, essentially, like the ones TV providers such as Dish and Comcast routinely engage in with network conglomerates like Disney and CBS.

In their post, Lightshed analysts wrote that moving “Tenet” to HBO Max, could be the “battering ram” WarnerMedia needs against Amazon and Roku.

But there are financial downsides given the Nolan’s film’s substantial production cost. According to pre-pandemic estimates, “Tenet” was expected to garner roughly anywhere from $700 million to $1 billion at the global box office, revenue that can’t be generated if the film premieres on HBO Max. Even if the film premiered on PVOD at $20 per household — as Universal’s “Trolls World Tour” did — it’s unlikely that the studio could generate that kind of revenue.

Universal said that it made roughly $100 million in rentals with “Trolls World Tour,” a film with an estimated budget of anywhere from $90 million to $110 million. That’s not bad for the animated movie, and even led the studio to say it would consider releasing more films that way — but the numbers might not quite add up for bigger-budgeted films like “Tenet,” “Wonder Woman 1984” or “Mulan.”

Indeed, executives at some Hollywood studios have serious doubts premium video on demand can be a viable long-term model — especially for tentpoles.

“Tenet” could be released overseas, where restrictions on closures and social distancing have begun to subside, and even some states and markets in the U.S.. In fact, Warner Bros. Pictures Chairman Toby Emmerich has said the studio isn’t treating the “Tenet” release like a traditional day-and-date release where it opens in all markets on the same day. But even then the earning power of the film at the box office is likely going to be diminished.

“Film releases and market reopenings through, at least, year-end are likely to be increasingly staggered,” B. Riley FBR analyst Eric Wold wrote in a recent note. “A ‘perfect date’ may never arrive for studios to release films under the traditional day and date model. A gradual, or staggered, release plan would allow for the studio to begin monetizing the film theatrically in a way that would not be cannibalistic on potential box office revenues.”

Then there’s Christopher Nolan who, even through the pandemic, has remained a staunch defender of the theatrical model and experience. At the onset of the pandemic, Nolan penned an op-ed for The Washington Post, in which he said “movie theaters are a vital part of American social life. They will need our help.”

All that said, it doesn’t change the state of things: The pandemic is ongoing — raging on in some states — making the likelihood that movie theaters will actually substantially open in 2020 quite low. And without movie theaters, under traditional modes of operation, studios have little to no way to pull in revenue off of the content they’ve sunk hundreds of millions of dollars into.

“Yes, shifting these made for the big screen films to direct-to-SVOD — no PVOD window at all — would lead to dramatically lower profits than if they had been released in theaters and would likely require painful writedowns,” Lightshed analysts wrote. “However, if the goal is to force the HBO Max app onto Roku and Fire TV devices, the highest profile content WarnerMedia has are new, big budget Warner Bros. films.

“If HBO Max is truly the future of WarnerMedia — with all signs pointing in that direction — the time is now for bold, aggressive decision-making.”

Sean Burch and Tim Baysinger contributed to this report. 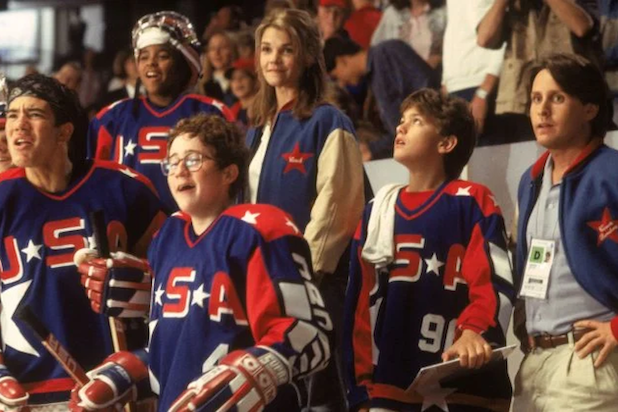 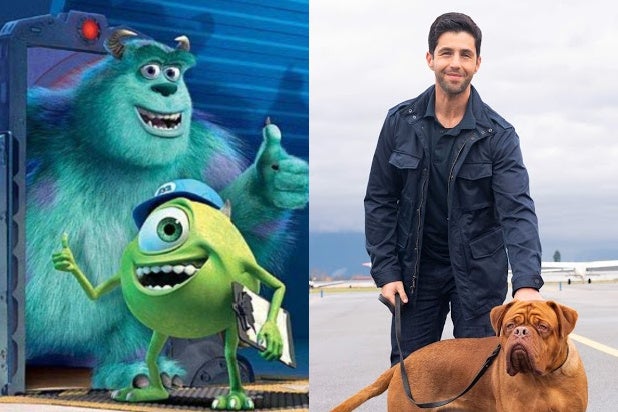 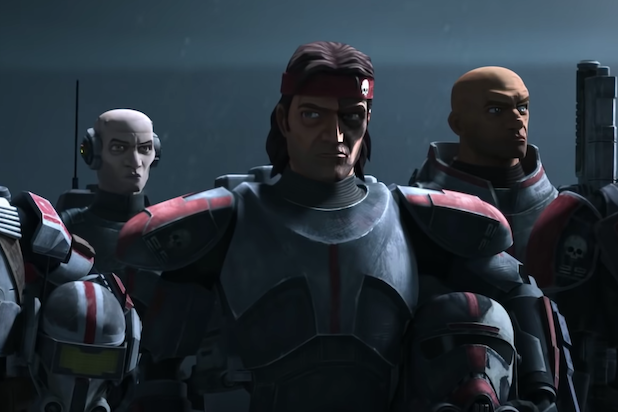 ‘Star Wars: The Bad Batch’ Gets May Launch Date From Disney+ 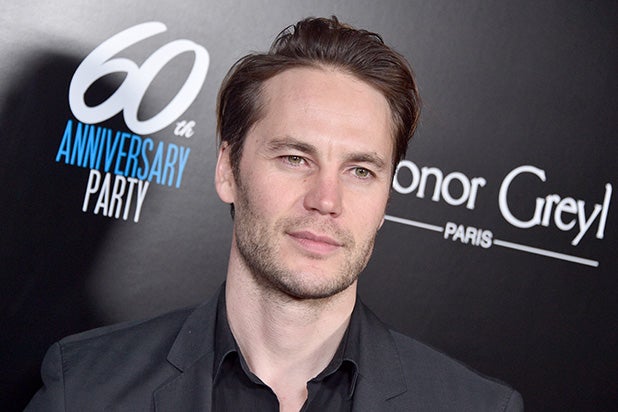 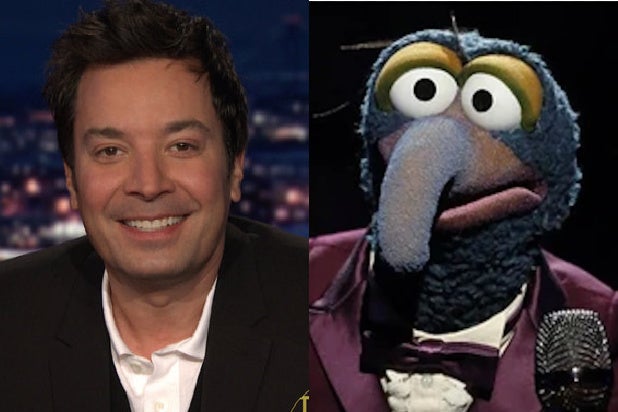