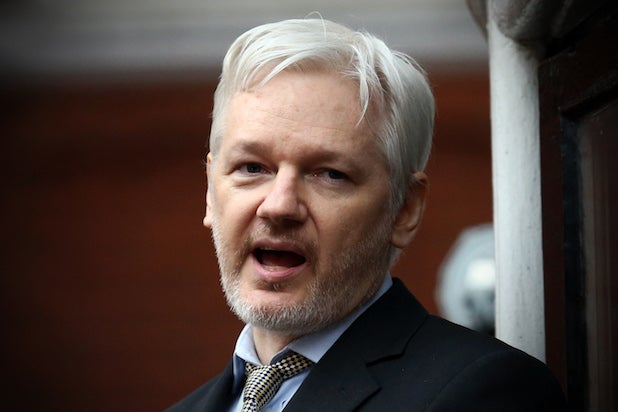 WikiLeaks founder Julian Assange on Monday told NBC’s Richard Engel that there was “no proof whatsoever” that Russian intelligence was involved in a recent hack of over 19,000 emails from the Democratic National Committee.

The emails, which were released by WikiLeaks last Friday, revealed the committee’s bias toward presidential candidate Hillary Clinton over rival Bernie Sanders and led to the resignation of DNC chair Debbie Wasserman Schultz on Sunday.

Prior to his interview with Assange, Engel had spoken to several leading U.S. cyber security experts who said that Russian intelligence was responsible for the email hack. But when asked by Engel to comment on those claims, Assange denied any Russian involvement.

“There is no proof of that whatsoever. We have not disclosed our source, and of course, this is a diversion that’s being pushed by the Hillary Clinton campaign. That’s a meta-story,” said Assange, who briefly hosted his own talk show on the Russian government-funded RT channel, a propaganda arm of President Vladimir Putin.

“The real story is what these emails contain and they show collusion,” Assange said. “The very top of the Democratic party, Debbie Wasserman Schultz, is now being forced to resign. And other people from the party, which is meant to be neutral, subverting the process in order to make sure Hillary Clinton won the campaign.”