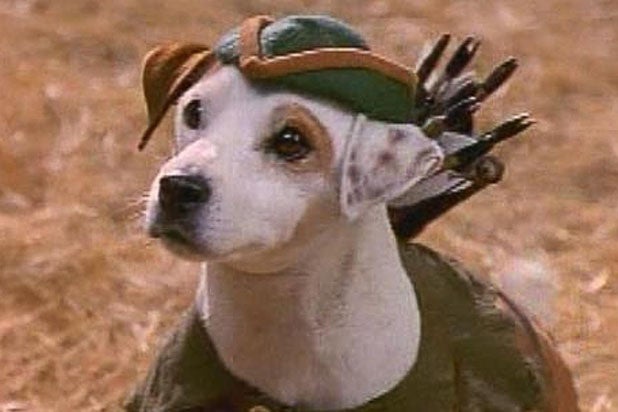 Universal Pictures is developing a live-action film version of the iconic children’s TV show “Wishbone” alongside toymaker Mattel, the two announced on Wednesday.

The TV show, which ran on PBS from 1996 through 2001, followed Wishbone, a Jack Russell terrier, who would daydream about being in some of the most famous and cherished literary moments that often mirrored his family’s real-life situations. Mattel’s film division, which got off the ground in 2018, is rebooting “Wishbone” into a modern, four-quadrant comedy.

Roy Parker, writer of The Blacklist’s screenplay “This House is Not for Sale,” will write the script.

“Our deep library of iconic franchises continues to offer cinematic storytelling opportunities,” executive producer and head of Mattel Films Robbie Brenner said in a statement. “We’re thrilled to be working with Peter Farrelly, Roy Parker and Universal to take the beloved dog classic into a new direction with a modern reimagination of the franchise.”

Also Read: 'Barney' the Purple Dinosaur Movie in the Works From Mattel and Daniel Kaluuya

Mattel Films is producing “Wishbone” alongside Academy Award-winner Peter Farrelly (“Green Book,” “There’s Something About Mary”). Brenner, along with supervising producer Kevin McKeon, will lead the project for Mattel Films, and Lexi Barta, director of development, will oversee the project for Universal Pictures.

Along with “Wishbone,” Mattel’s other project in development include ones based on American Girl, Barbie — which is set to star Margot Robbie — Barney, Hot Wheels, Magic 8 Ball, Major Matt Mason, Masters of the Universe and View-Master.