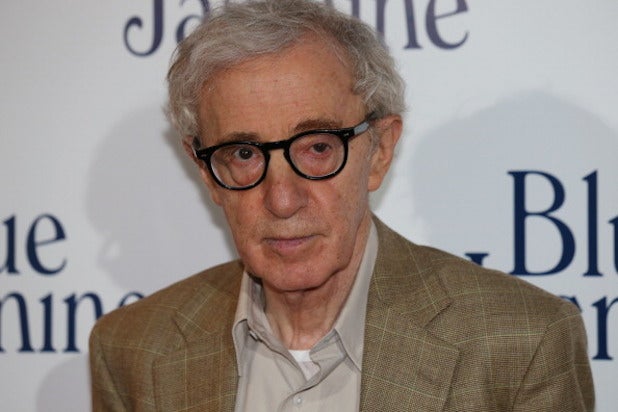 Woody Allen, celebrated director and the subject of endless tabloid fascination, doesn’t have a bad word to say about journalism.

Allen spoke to TheWrap at a tribute for retiring ABC News legend Barbara Walters. We asked him if he thinks journalism is getting worse.

“It’ll suffer from Barbara’s loss,” he said. “But the news media will be fine, it will always be fine. It’s a tough, gritty profession, and a great one.”

We asked if he feels that way despite the treatment he’s received, especially in recent months?

He saw what we were driving at, and gave a wave: Not getting into it.

The tribute to Walters, at New York’s Four Seasons restaurant, recalled the glamorous Manhattan of the 1970s films that made Allen something like New York royalty. Network executives and celebrities like Michael Douglas and Allen mingled under indoor cherry blossoms, surrounding a candle-ringed pool.

Allen has received lots of accolades and media reverence — but also the occasional bad review. And of course endless speculation about his family life. Reporters obsessed over daughter Dylan Farrow’s contention earlier this year that he molested her, which he has forcefully denied.

But Allen’s opinion of the news media hasn’t changed.

“I made a journalist the hero of my movie at one point –” he said, the title momentarily escaping him. He turned to wife Soon-Yi. “What was the movie I did in London? ‘Scoop’!”

He added: “Journalists have always been heroes to me. I was almost going to be one myself when I was younger.”

“A sports journalist,” he said.