“I’m honored to become the next moderator of @washingtonweek, a show that meant so much to Gwen Ifill when she helmed this chair. My guiding light will be focusing on the impact of politics on everyday people and vulnerable populations. Join me this Friday,” Alcindor wrote her tweet, which was met with enthusiasm from other journalists like CNN’s Jim Acosta and the Washington Post’s Felicia Sonmez.

Alcindor will replace Robert Costa, who hosted the program from 2017 to 2021. He took over for the late Gwen Ifill, who served as moderator from 1999 until her death in 2016. Alcindor will be the ninth moderator in the show’s 54-year history. 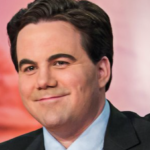 “Yamiche is the right person at the right time for this role,” said Sharon Percy Rockefeller, president and CEO of WETA, the flagship public media station of Washington, D.C., which produces “Washington Week.”

Rockefeller went on, “One of the most respected voices in journalism today, Yamiche is known for her command of public-policy issues and her intrepid work as a member of the White House press corps. With composure and tenacity, she has covered some of the most momentous political stories of our time, continually demonstrating the highest standards of journalism.”

In an additional statement, Alcindor said, “I am incredibly honored and grateful to take the helm of ‘Washington Week.’ This show has an amazing legacy, and I am thrilled to step into it. I hope to build on it, to expand it and to bring this show forward distinctively into these times of challenge and controversy. In doing so, my guiding light will be serving our audiences and not shying away from the hard conversations about power and politics.”