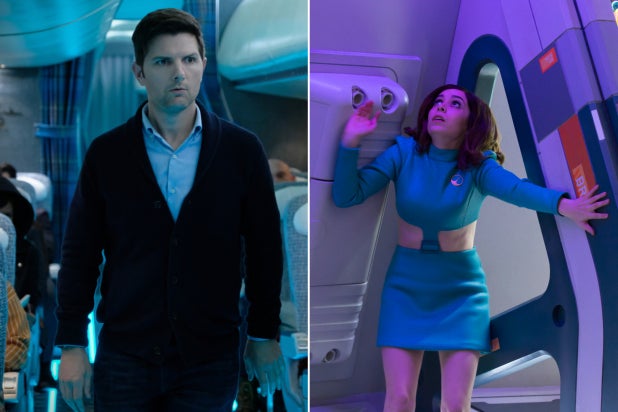 When “Black Mirror” first became a cultural phenomenon, it was often described as a spiritual successor to “The Twilight Zone,” a 21st Century vision of techno-dystopia that would fit snugly alongside Rod Serling’s original creation.

As CBS All Access gets ready to bring back a new version of “The Twilight Zone,” those tables have now been turned.

“I’m aware of it,” showrunner Glen Morgan tells TheWrap. “We tried to avoid — though it’s nearly impossible because of the age we live in — technology-based problems.”

Morgan, a veteran of “The X-Files,” has had to do this before — twice. “When I started [on ‘The X-Files’], we had to be concerned about ‘The Twilight Zone,’ and when we did the reboot you have audience members going ‘oh its just ‘Black Mirror.'”

Also Read: Inside CBS All Access's Bold Bet on 'The Twilight Zone': 'This Is Going to Be Big for Us'

Whereas “Black Mirror” uses some kind of near-future technology as a way to make a larger point about the world we live in — often from a more cynical point of view — “The Twilight Zone” often relies on supernatural elements to tell its socially-conscious stories that often drill down to very core of its protagonists.

“You almost have a feeling – perhaps it’s because you have a narrator taking you through it – that even though these personal nightmares can be scary, you’re in a comfortable place to watch them,” Julie McNamara, executive vice president of original content for CBS All Access, said. “I think these two things [‘Twilight Zone’ and ‘Black Mirror’] own different spaces in the landscape.”

Here’s a classic example of the kind of story “The Twilight Zone” would tell that would differ from “Black Mirror.” An episode will feature a character that has, for unexplained reasons, been able to live for 2,000 years without ever aging, to tell a story about man’s fear of death. The ironic twist will be that, the person who has been able to cheat death ends up miserable, because a life that never ends loses all of its meaning. If that plot sounds familiar, it’s because Serling did just that in an episode titled, “Long Live Walter Jameson.”

“‘The Twilight Zone’ really stems best an inherent flaw within a character that the Twilight Zone is shining a light on and kind of shaking them up and seeing what that character is going to do under those circumstances,” explained Morgan. “And not that that’s not what ‘Black Mirror does,’ but usually it’s a technological device that’s creating it.”

The first two episodes of “The Twilight Zone” will premiere April 1 on CBS All Access.