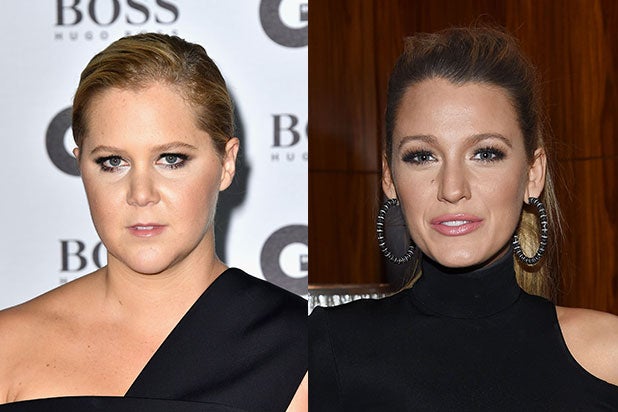 A mother of five living in Israel named Shoshanna Keats-Jaskoll posted a side-by-side comparison of the covers of Girls’ Life and Boys’ Life to Facebook on September 1, and it seems that the two actresses just got wind of the image.

“No,” Schumer simply captioned the image, which she posted on Wednesday.

Shortly after, Lively reposted Schumer’s shot and captioned the image with, “Wow @AmySchumer, I second that emotion. Ladies, let’s not let this happen anymore…”

On the Girls’ Life cover, headlines include “Your dream hair,” “Wake up pretty” and “100 + ways to SLAY on the first day.” The Boys’ Life cover donned the words, “Explore Your Future” with pictures of science equipment and firefighter helmets.

The side-by-side was first shared by a father in Missouri named Matt Frye on August 31, who wrote, “a sad microcosm of what our society says being a girl vs being a boy means.” Then, Keats-Jaskoll posted it with a jarring message.

“WHAT in the name of all that is and ever was good are you teaching girls??” she wrote. “Is this the message you want for your daughters?? You are women. Working, professional women. Is this the message you are proud of? Is this why you became publishers, writers, graphic designers? To tell girls they are the sum of their fashion, makeup and hair?”

See all the posts about the cover below.

Wow. @amyschumer I second that emotion. Ladies, let's not let this happen anymore…