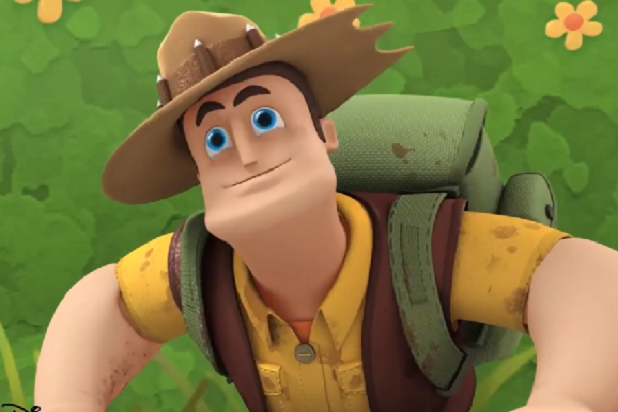 The Disney Junior series “Doc McStuffins” airs a very special episode on Tuesday, with the introduction of the character Wildfire Will — a toy that has lost its legs.

In the episode, Doc — a young girl who aspires to be a doctor like her mother and runs a clinic for her stuffed animals and toys — discovers Wildlife Will (voiced by Adam Croasdell from BBC’s “EastEnders,”), an adventurer whose passion for tracking animals has been hobbled by a physical impediment.

“I love searching for crocs!” Wildlife Will tells the “McStuffins” crew, after delivering a brief tutorial on the various types of crocodiles. “Lately it’s hard for me to search for any wild animals.”

The character then emerges from behind a fence to reveal he has no legs. (Maybe it was the result of searching for crocodiles?)

During the episode, Doc attempts to outfit Will with a variety of toy leg parts to no avail, before finding a successful solution.