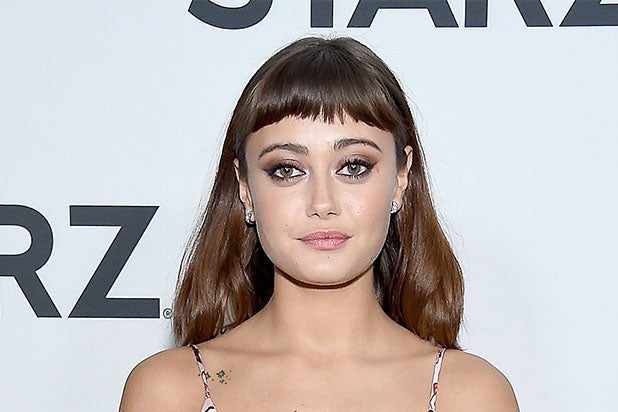 British actress Ella Purnell has joined the cast of Zack Snyder’s “Army of the Dead” as Dave Bautista’s daughter Kate, an individual with knowledge of the project told TheWrap exclusively.

Additionally, Ana De La Reguera (“Everything, Everything,” “Goliath”), Theo Rossi (“Luke Cage,” “Sons of Anarchy”) and Huma Qureshi (“Kaala,” “Viceroy’s House,” “Gangs of Wasseypur,” “Badlapur”) round out the rest of the cast. De La Reguera will play “Cruz” a Latina, hard-drinking, tough talking mechanic, owner of a body shop who is more than happy to join the mission into the zombie stronghold, but it’s not for the money.  She will speak both Spanish and English as part of her role. Snyder and Shay Hatten wrote the script for the project, which follows a zombie outbreak in Las Vegas and a man assembling a group of mercenaries to pull off the greatest heist. “Army of the Dead” marks Snyder’s return to the zombie genre, having previously made his directorial debut with “Dawn of the Dead” for Universal Pictures.

Snyder and his wife Deborah Snyder are producing for The Stone Quarry with Wesley Coller. Ori Marmur and Andrew Norman are overseeing for Netflix.

Principal photography for “Army of the Dead” is set to begin in July, with James Gunn shooting “The Suicide Squad” in September before he starts production on “Guardians 3” — so Bautista has plenty of time to wrap up Snyder’s heist film before returning to Drax.

Purnell’s credits include “Kick-Ass 2,” “The Journey Is the Destination,” “Miss Peregrine’s Home for Peculiar Children” and “Churchill.” She also starred in the TV mini-series “Ordeal by Innocence” and the series “Sweetbitter.”

Purnell is represented by the Curtis Brown Group, WME and Shelter PR. De la Reguera and Rossi are repped by Paradigm, Qureshi is repped by Troika.