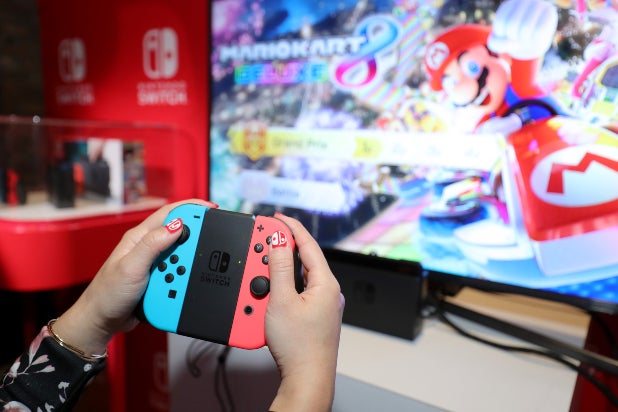 “Game spending totaled a record-breaking $10.5 billion in April 2020, showing the continued strength of the medium during the COVID-19 crisis,” SuperData’s report noted.

Revenue from digital games sales was up 17% from April 2019, rising to $8.9 billion. SuperData found console games experienced the most growth in sales this April, up 42% annually, “largely due to strong performances from existing titles” like the wildly popular “Animal Crossing: New Horizons” game from Nintendo.

“April spending was actually higher than March since lockdown orders extended through the entire month (whereas many started part-way in March),” Rogers said. “In the short term, as long as entertainment options like movie theaters, sports and concerts aren’t available, people are going to continue funneling a bigger share of their entertainment time and money into gaming.”

Nintendo’s “Animal Crossing: New Horizons” continued to dominate the console sales charts, with 3.6 million digital units sold in April. “Digital sales declined a modest 27% in April, but it is now the top Switch title in lifetime digital sales and lifetime digital revenue after only two months on the market,” SuperData reported. SuperData reported earnings were up 14% year-over-year for mobile games, and 12% annually for PC games.

April was a good month for remastered versions of classic ’90s video games — The remade “Resident Evil 3” from Capcom moved 1.3 million units in April, almost as many as the remastered “Resident Evil 2” did when it launched in January 2019.

Square Enix’s remake of the 1997 action-adventure title “Final Fantasy VII” set a sales record for the franchise with 2.2 million digital units sold since its April 10 release. The game sold more copies than any other PlayStation 4 exclusive title, narrowly beating “Marvel’s Spider-Man”. Digital copies of the remastered “Final Fantasy VII” disappeared quickly as gamers couldn’t get the physical game from stores during the pandemic, SuperData said.

Online versions of popular games experienced a resurgence throughout April, and SuperData said players were both spending more time and money on them. Riot Games’ flagship multiplayer online title “League of Legends” recorded an all-time high in both revenue and player count since February 2017 and was the top-grossing PC game in April. Rockstar Games’ “Grand Theft Auto V” and “GTA Online” service “saw its highest monthly spending on in-game content ever during April (and) will also see a significant boost to its PC player numbers in May due to a free giveaway that caused the Epic Games Store to crash,” SuperData noted.

Rogers said he expects video game consumers will continue to buy games at a rapid pace throughout the summer. “While May has been a relatively light month for new game releases, things will pick up in June with the launch of titles like ‘The Last of Us Part II‘ and ‘Valorant,'” Rogers said, referencing games from developers Naughty Dog and Riot Games which release June 19 and 12, respectively.

Rogers added that it remains to be seen if gaming spending will sustain into the fall months if the pandemic continues to keep people out of work. “As we get past the summer, a lot is going to depend on the overall state of the economy and how the COVID-19 recovery is handled,” Rogers said. “Ongoing job losses mean people are going to have less to spend on discretionary items, games included.”