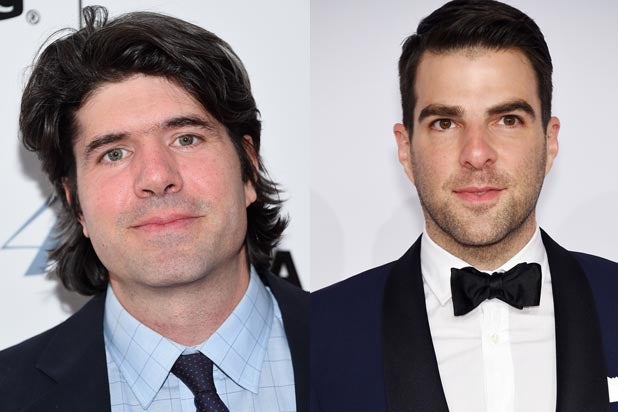 J.C. Chandor is teaming up with his “Margin Call” star Zachary Quinto and distributor A24 to produce a movie adaptation of Vicky Ward’s book, “The Liar’s Ball,” which Chandor is eyeing to direct.

The “Most Violent Year” director will serve as producer alongside long-time producers Neal Dodson and Anna Gerb as well as producer-financier Eva Maria Daniels of VisionChaos Productions. Quinto will executive produce.

“The Newsroom” writer Gideon Yago has closed a deal to write a screenplay based on Ward’s non-fiction book, which tells the full history of New York’s famed G.M. Building from before it was built to the present.

The book, which has been optioned by the producers, explores a complex tale of industry titans fighting over one of the crown jewels of New York City real estate.

The story focuses on Harry Macklowe battling to own and re-develop the G.M. Building in the 1990’s and into the 2000’s. Although he lost the building, he rebounded and built a new real estate empire after that loss.

The producers describe the story as “a Horatio Alger and King Lear tale set in a fascinating and high-stakes milieu.”

“Commercial real estate in New York City has long fascinated me, to the point where I once had a broker’s license,” Chandor said in a statement. “The story that Vicky has captured through relentless research and interviews explores the drama and the romantic nature of buildings in a city that has continued to push closer and closer to the sky with each passing year.”