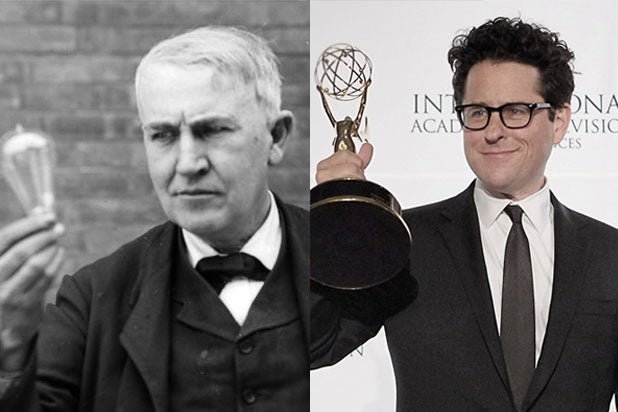 Paramount and Bad Robot have begun developing a Thomas Edison movie that will depict the legendary inventor as a rugged eccentric genius, multiple individuals familiar with the project have told TheWrap.

J.J. Abrams and Bryan Burk run Bad Robot, which is based on the Paramount lot. The studio declined to comment, while Burk did not respond to multiple requests for comment.

Edison is credited as one of the fathers of cinema, having invented the motion picture camera as well the long-lasting lightbulb and the phonograph. Known as “The Wizard of Menlo Park,” the prolific inventor held more than 1,000 U.S. patents and introduced electricity to millions of Americans.

The Weinstein Company has been developing its own Edison movie, “The Current War,” which pits Edison against George Westinghouse, though the project hasn’t seen much movement in the past year.