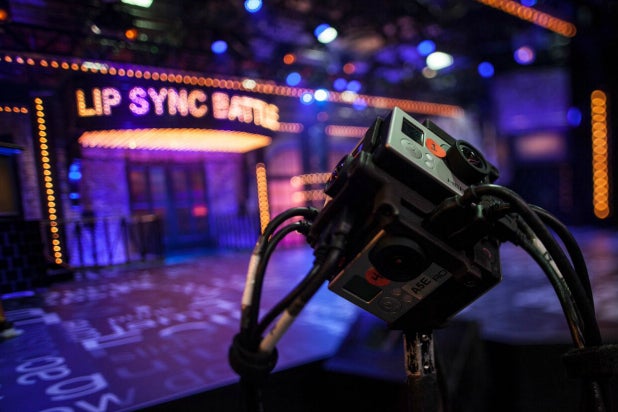 “Lip Sync Battle” was already No. 1 for Spike TV per a number of metrics, and now it’s the first television series to be filmed in virtual reality.

The show, hosted by LL Cool J and Chrissy Teigen, became available Tuesday on Samsung’s Milk VR app, which is exclusive to the Gear VR Innovator Edition. Filmed in 360 degrees, “Lip Sync Battle” on Milk VR puts viewers in the action, including right in front of the aforementioned hosts and their celebrity guests.

The half-hour original series was created by Fallon and his Eight Million Plus Productions, Stephen Merchant, Krasinski, Matador and Casey Patterson.

“Lip Sync Battle” is particularly a hit among women, which is a big get for the traditionally male-focused Spike TV.