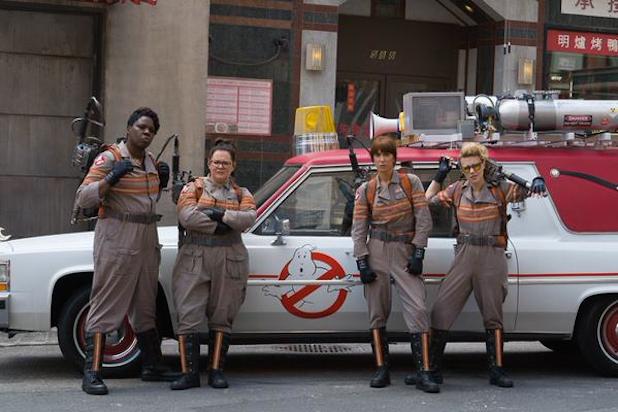 Director Paul Feig revealed more about his all-female “Ghostbusters” this weekend, answering fan questions about the names of the newest members of the supernatural pest-control unit.

Feig had previously shared the name of McKinnon’s character on Twitter a day earlier.

Feig delighted franchise fans with the first image of the costumed cast in a July 10 tweet.

He isn’t the only one taking to social media to share his enthusiasm: Original Ghostbuster Dan Aykroyd revealed he will appear in the new movie in a July 14 Facebook post.

Aykroyd starred in the first two “Ghostbusters” movies with Bill Murray, Harold Ramis and Ernie Hudson. It’s unclear whether Hudson will appear in a similar cameo.

Aykroyd said the “lady GB’S are adorable, hilarious and badass” and described his new “Ghostbusters” experience as “exhilarating.”