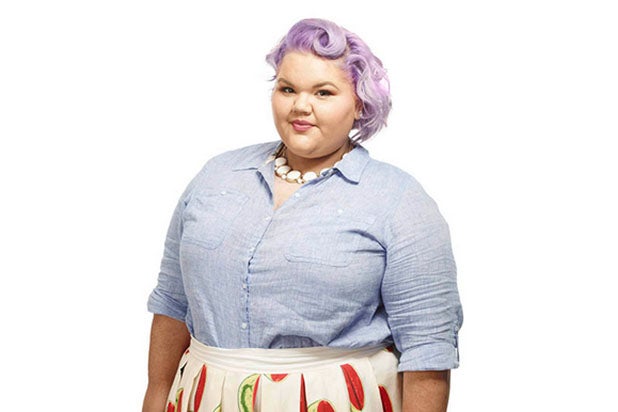 Ashley Nell Tipton made history when she became the first designer in 14 seasons of “Project Runway” to win with a final collection designed for plus-size women.

But not everyone was happy to see her crowned winner on Thursday night, with users on social media criticizing the show for prioritizing making history over choosing the best designer. But Tipton won’t have people saying she’s undeserving.

She went on to explain that there is one simple reason she came out on top: “I’m a talented designer and that is why I won.”

How has winning the show changed your life/career?
This is only the beginning, and I feel like it’s going to do a 180 to my career. I feel like I hold the standard right now, making history by coming off of this season and winning it.

What does it mean to you to be the first designer to win with a plus-size collection?
It means a lot. I’m representing for the plus-size community and the plus-size industry. It feels amazing to be able to be the voice that we need.

Do you feel plus-size models and designers are getting more accepted in the fashion world?
I do. I feel like they’re being accepting to it right now. It’s going to take baby steps to see a complete turnaround. But there’s been such a positive outcome from seeing it at Fashion Week. Plus-size fashion shows are being more welcomed into Fashion Week, and having more plus-size women in major magazines.

How do you respond to criticism that you only won because your collection was plus-size?
Honestly, I am not allowed to go on social media today to read all of those comments, but I have heard that those comments are swarming around social media.

It doesn’t sit right with me that people are saying that. It hurts because it shows that they’re not accepting to plus-size. That’s basically what it is. They don’t approve of it. On the other side, there are way more positive comments coming, and I have to just look at that side and not look at the negative side of it.

Were you expecting this kind of response?
I’m not surprised, I had a feeling that this was going to happen. Because people are always going to have their opinion on plus-size. It just sucks to not have 100 percent of support from everyone about plus-size. It’s weird. I haven’t really sat down and thought about it, because I just want to put it behind my head and not let it bother me.

There’s so many different aspects of this collection that there’s a reason why I won. And it doesn’t always have to go back to what kind of size model I used for my collection.

And no one should think it’s because it was a plus-size collection. Yeah, it made history because this is something that should’ve already happened in this industry and shouldn’t be in the shadows anymore.

What was the best advice you got from the judges during the season?
Them telling me to stop doubting my designs and my ability. And to believe in myself more. They pushed me to go harder on my designs and what I do. And they told me what they liked about me and how unique and different I was from the other contestants, and they just guided me toward the right direction.

Tim Gunn said in a recent interview that he “hated” this season because he felt that some of the designers weren’t pushing themselves. How do you respond to that?
I don’t think I’m one of those designers he was talking about. I just kind of have to let that be, and just focus on that what I did is groundbreaking and I won “Project Runway.” And just let that be because at the end of the day that is Tim’s opinion and that’s basically it.

“Project Runway Junior” premieres next week. What do you think of the show being opened up to teen designers?
It’s amazing. I wish this was something that was around when I was watching “Project Runway.” It’s amazing to be able to embrace young talent. I’m 24 and I started my company when I was 20 years old. So to be able to embrace these kids at such a young age, and them knowing what they want to do by the time that they’re ready to go to college or start their career, they can become young, successful people and that’s what we need.