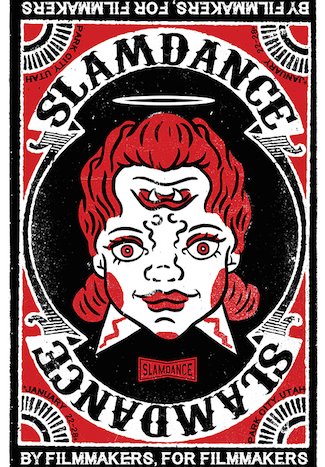 Slamdance has announced its Special Screenings, Beyond, and Shorts programs for their 22nd Film Festival. The programs present bold DIY films by a variety of filmmakers from all over the world and include 23 World, 13 North American, and 13 U.S. Premieres.

This year, several Slamdance Alumni return with feature presentations in the Beyond program, including Axel Ranisch’s “Alky Alky” and Daniel Martinico’s “Excursions.”

The 2016 Oscar-qualifying shorts competition showcases 39 American and 32 international productions in the Narrative, Documentary, Animation, Anarchy and Experimental sections. All Slamdance films are programmed entirely from blind submissions by the Slamdance filmmaking community.

“The Slamdance Special Screenings section this year is a mix of higher profile work, remarkable talent and a film we thought truly deserved further exposure. Our closing night choice of Claire Carre’s ‘Embers’ is not a premier but so what. We’re far more interested getting behind a visionary film from a woman director we are excited to support and help expand her career and audience reach,” said Slamdance’s Paul Rachman, who programs the Special Screenings lineup.

Films in the Beyond program, made by emerging narrative and documentary filmmakers working beyond their first features, are eligible for the Audience awards. Jury awards are presented to short films in all categories and every 2016 Slamdance filmmaker is eligible for the Spirit of Slamdance Award, judged by the filmmakers themselves.

“In the Beyond section at Slamdance, narrative and documentary films share center stage. This year’s Beyond films push boundaries in story, character, and directorial vision, and ultimately bring a greater worldview into focus,” explained Josh Mandel, captain of Beyond programming.

“Slamdance democratically selects a slate of short films exclusively from blind submissions with the goal of identifying unknown short film artists comprising both skilled visionaries and raw talents. We are privileged to play a role in launching the work of such an exciting group of filmmakers from around the globe who will continue to make vital, challenging work for years to come,” added shorts programmer Randall Good. The Beast – Director & Screenwriter: Daina Oniunas Pusic
(Croatia)
A hundred year old woman and her 75-year old daughter have a tense but familiar relationship. A bat flies in to their home and the equilibrium will be forever changed.
Cast: Marija Kohn, Doris Šaric Kukuljica

Darkest Moon  – Director: Kasper Skovsbøl; Screenwriters: Amalie Næsby, Kasper Skovsbøl
(Denmark) World Premiere
Anna must decide whether she wants to protect her daughter, and risk of being ostracized, or believe in the accusations of her being a witch and sentence her own child to death.
Cast: Karen-Lise Mynster, May Simón Lifschitz, Anders Hove, Peter Plaugborg,

Tisure – Director: Adrian Geyer; Screenwriter: Proyecto JFS
(Venezuela) North American Premiere
In the lonely mountains of Venezuela, a couple’s problems are both diminished and brought to the surface by the vastness of their surroundings.
Cast: Alcione Guerrero, Daniel Isaac

If Mama Ain’t Happy, Nobody’s Happy – Director: Mea de Jong
(Netherlands)
“If you want to make a film about independent women, shouldn’t you make a film about our family?” And so mother and daughter embark on a journey together to make a portrait about the four generations who all managed without a man.

A Passion of Gold and Fire – Director & Screenwriter: Sébastien Pins
(Belgium)
A beekeeper in Belgium worries about the future of his apiary school.
Cast: Fontignie André

Rotatio – Director: Ian McClerin
(USA) World Premiere
A young woman transforms her experience of trauma into a powerfully poetic meditation, challenging her transgressions and the purpose of art.
Cast: Shannon May Mackenzie

Stems – Director & Screenwriter: Ainslie Henderson
(UK) US Premiere
For a brief moment, stop motion puppets crafted from found objects make beautiful music and then as quickly as they came to life, return to being inanimate objects.

Superunit – Director & Screenwriter: Teresa Czepiec
(Poland)
A peek inside a few doors in a Polish “housing machine” comprised of 15 floors and 762 stories where emotions throb, expectations build and desires come true…or not.

The Tricks List – Director: Brian Bolster
(USA)
A gay man’s journey to memorialize and document every sexual encounter he has ever had.

Water Ghost* – Director & Screenwriter: Wen Li
(USA) North American Premiere
A stranger jumps off a bridge, committing suicide, setting off a journey to find the men who fish bodies out of the Yuanjiang River and the meaning of death, loss and life.

The Wear of Agony – Director: Mariano Rentería Garnica
(Mexico) US Premiere
A visual waltz through the spaces, people and objects of the working class in Mexico, where reality and dreams dance in dialogue. Bottom Feeders (pictured above) – Director & Screenwriter: Matt Reynolds
(USA)
Two fictional species try to make it through the day in this bleak parody of the natural world.

Mirror in Mind – Director: SeungHee Kim
(South Korea)
A woman looks into her mind, chasing her ideals on a tightrope.

My Dad – Director: Marcus Armitage
(UK) US Premiere
A boy’s vividly-colored memories of learning everything from his dad, including racially-motivated violence.
Cast: Divian Ladwa

The Past Inside the Present – Director & Screenwriter: James Siewert
(USA) World Premiere
An allegorical tale of a couple who attempt to renew their dying relationship by plugging directly into recordings of their memories.
Cast: Schuyler Helford, Miles Joris-Peyrafitte

Gray Hairs – Director: Annapurna Kumar
(USA)
In 2013, the Apache helicopter’s targeting systems were updated from standard definition black and white to high-resolution color video, touted as a boost to pilot safety and US military dominance.

Infrastructures – Director: Aurèle Ferrier
(Switzerland)
A journey through infrastructures that are common to an everyday reality of routine, but presented as completely deserted.

Jus Soli – Director: Somebody Nobody Collective
(UK) North American Premiere
This film opens up a discourse on the Black British experience, interrupting the emotional transition between generations and questioning what it means to be British.
Cast: Nicholas Pinnock

The Neutral Zone – Director: LJ Frezza
(USA) World Premiere
A historical survey of the utopias described in “Star Trek: The Next Generation” (1987-1994). This catalog of doorways, walls, and rooms might define our understanding of possible futures.

Notes from the Interior – Director: Benjamin Balcom
(USA)
How do you describe the complexities of being a body? A wandering through the self, an associative search for secrets. Disco Inferno – Director & Screenwriter: Alice Waddington
(Spain)
A weary hell minion is on a mission to rescue her boss. But the Devil is not willing to return to her daily routine.
Cast: Aitana Sánchez-Gijón, Ana Rujas, Olivia Baglivi

Double-Blind No.1 – Director: The Double-Blind Experiments
(Australia)
Five VFX artists set out to test the theory that a fine-art technique relying on chance could be applied to a motion piece.
Cast: Samantha Roy, Zenon Kohler, Ricky Marks

Something About Silence – Director & Screenwriter: Patrick Buhr
(Germany) North American Premiere
You are here because you are boring
Cast: Vanja Smiljanic, Sina Seifee