1. If DreamWorks is looking for its next animated comedy hit, it could do worse than an “Over the Hedge- style romp called “Off Their Heads," focused on totally baked Aussie animals getting up to ke-razy UFO-contact mischief. Sound far fetched? Check out this story about wacked-out wallabies making drug-crop circles. And you just kn 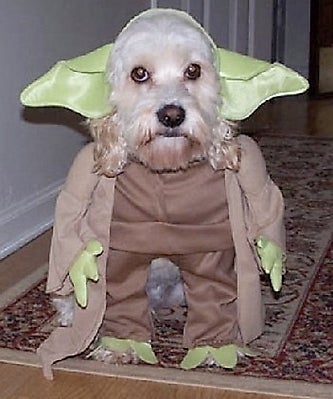 ow that Seth Rogen would voice the lead … But there’s something in the mix this week too for Disney, should it be looking for a “Bolt 2” idea. Cannabis? Canines? What can go wrong?

3. David Fincher’s making the “Facebook” movie. I love Fincher, but even I’m dubious about his ability to make this interesting. But should he pull it off, and make a buck, scoring one of the Supersized Now 50% More Value™ Best Picture Oscar nominations in 2011, then I predict a rash of such in-the-early-days-of-our-IT-start-up projects, including:

Join the fun in the comments below! Bonus (non) prize for casting, too, such as Robert De Niro in “Google This." (With thanks to Clare and Luke for many of the above suggestions!)

4. On that note, apparently MySpace isn’t happy with only being written into “Funny People” and helping promote “Bruno." The social networking site wants more product placement in movies, damn it! I’m saying they’re aiming too low. Get the MySpace reference in the title. Mel Brooks’ “MySpaceballs” or Robert Benton’s “MySpaces in the Heart”? At the very least, get the placement in the tagline: “In MySpace, no one can hear you scream." Especially if you’re no longer there, being one of the hundreds of staff laid off this week.

5. Remember that kinda cool/kinda creepy/ kinda crappy mid-1990s supernatural teen drama “Powder”? Well someone’s taken an enormous amount of time to craft what might be the ultimate fake trailer for the sequel “Powder 2 Powder to the People." 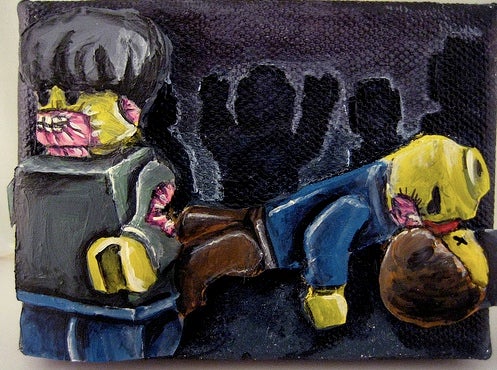 6. Meanwhile, another fan has turned his mind to “Spider-Man 4” wish fulfilment. Eliza Dushku’s agent: get lobbying!

7. Got a kid who you don’t really like or who’s been naughty rather than nice? Then these Lego zombie paintings by Brian Colin are the perfect decorations for the little tyke’s room!

8. If you’re not in the mood for Giant F—ing Robots this weekend, do yourself a favor and check out Jennifer Chambers Lynch’s “Surveillance." It’s a seriously twisted serial-killer thriller. And to prove that Lynch is developing into a filmmaker to watch, have a look at this trailer for what just could be the best woman-who-turns-into-a-snake film of 2010.

9. And speaking of speaking of trailers, IFC has released its list of the 50 Greatest Trailers of all time. It’s a fantastic way to spend a few hours. But — and call me crazy — I think they missed one obvious one. And here it is in all its gripping glory:

10. This Halloween looks like it’ll offer something other than “Saw XVII” and that something looks pretty damned scary. Magnet Releasing, who got “Let the Right One In” out there last year, have picked up the indie, which stars cult icons Tom Noonan and Mary Woronov as a seriously creepy couple who lure a babysitter to their titular abode.