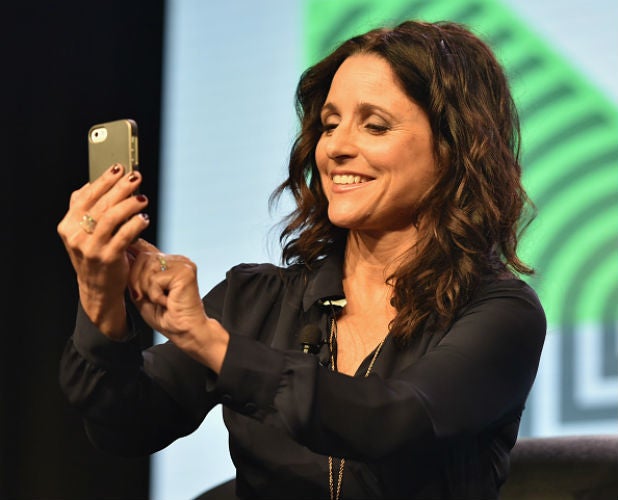 Buzzy new app Meerkat has been getting a lot of eyeballs in its first two weeks as Hollywood joined the tech community logging on to test the livestreaming video service. Of course, celebrity endorsements don’t mean the difference between IPO and DOA — unless you’re developing the next Kim Kardashian app — but the added exposure is a benefit.

While Twitter turned off Meerkat’s access to its social graph Friday (after officially announcing its competing product Periscope), the first-to-market app still tweets out an alert to your Twitter followers as you begin streaming. So far, Meerkat has gained a reported 150,000 users since it launched Feb. 27.

@JoeWatchesTV @TheWrap @aplusk Not everyone gets paid to use new tech I’m one of them I just enjoy new stuff.

Since then, Jared Leto logged on from a hotel room with spotty wifi in Russia. Leto is there with his band Thirty Seconds to Mars as part of their Love Lust Tour. At least 632 fans watched the Oscar winner watching “Gladiator” and discussing his underwear (or lack of).

“American Idol” used Meerkat to stream the Top 12 party to fans last week. Julia Louis-Dreyfus tapped into one of the biggest trends at SXSW — Meerkat is a shiny new toy for the tech community to love or loathe — when she streamed her HBO “Veep” panel from Austin Monday. Also at SXSW, Jimmy Kimmel downloaded the app but claims not to have used it yet. Jimmy Fallon embraced Tuesday, hosting a fan Q&A Tuesday morning from his office at Rockefeller Center and then streaming his monologue rehearsal to an audience of at least 1,500.

Athlete-turned-entertainer Shaq may be the app’s most enamored user, logging at least 14 streams in the two days after discovering Meerkat. But if you’re not following Shaq on Twitter or double checking Meerkat’s leaderboard of most popular users (the list is dominated by players in the tech industry) you might not have realized you could watch the athlete’s drive to the airport, dinner stream or autograph signing session.

Because of the app’s Snapchat-like quality where videos disappear after they’ve been streamed with no archiving system, the service has proved frustrating to some. FOMO (fear of missing out) has been a major complaint. If you don’t catch your favorite celebrity mid-stream, it’s easy to miss these micro-appearances, especially if they’re not scheduled in advance.

An independent Twitter account, BestMeerkats, has started tracking and tweeting out Meerkat videos it deems significant, like a TV Guide Twitter handle for streaming media. And Meerkat asked users to register as part of their SXSW lineup to make relevant streams easier to find, a move that was adopted by brands such as GE, MasterCard, the Sundance Film Festival and PBS.

Other media outlets who have jumped on board include CNBC, the first broadcaster to stream via Meerkat while interviewing CEO Ben Rubin on TV, Animal Planet, which announced Lil’ Bub as their official Spokescat via the app, and Mashable, whose Austin efforts have put it atop the leaderboard.

But for now, blink and you missed it seems to be the common theme until Meerkat allows viewers to replay missed broadcasts or finds a more efficient way of alerting more users to Shaq’s next Rolls Royce Phantom session.