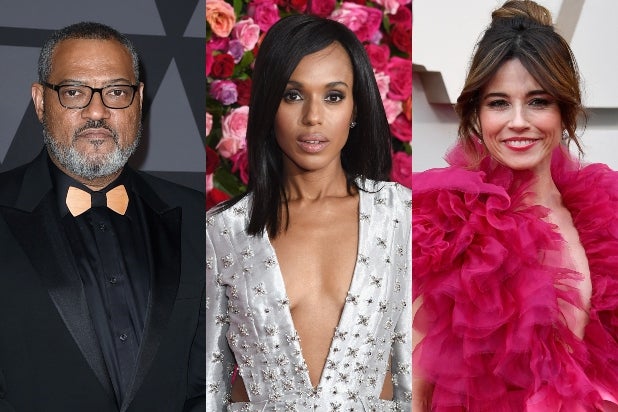 The morning of the 2020 Emmy nominations was unlike any other, with high-energy host Leslie Jones being the only presenter not making their announcements from the comfort of their own homes (though the jury is still out on whether Josh Gad really was Zooming in from a Motel 6).

As soon as the nominations were gleefully announced, the reactions began pouring in from television darlings across Hollywood. But this year’s usual beyond-gratefuls and I’m-so-honoreds were coupled with a phrase much more of-the-moment — a plea for fans to “please keep your mask on!”

​
“I’m so elated for the entire ‘Masked Singer’ family! We’re so proud to make a show that brings joy to so many people, and this morning’s nomination is just icing on our bright, colorful, furry & feathery singing cake!” he said in a statement. “Thank you, thank you – as we say on The Masked Singer, protect your identity and your health so please keep your mask on!”

But the award for best reaction might just have to go to “Cheer” director Greg Whiteley.

“When we landed in Corsicana, Texas a year ago to begin filming Cheer, it would’ve never occurred to any of us that we’d be nominated for an Emmy–let alone six,” he said. “We feel like we just made mat.”

Also Read: 'Schitt's Creek' Breaks Record for Most Emmy Nominations Given to a Comedy in Its Final Season

Stars may be celebrating in the social-distanced comfort of their own homes today, but “Marvelous Mrs. Maisel” star Rachel Brosnahan isn’t too bummed — though she wishes she could “be together to celebrate today,” she’s decided that some “Zoom cocktails” will have to suffice.

A very British response came from Outstanding Sound Mixing nominee Bonnie Wild. “In the words of a Brit, I am chuffed to bits. I’m thrilled to be considered in the categories of sound editing and mixing, and proud to be a part of a team that worked fearlessly to deliver this track,” the “Mandalorian” sound editor wrote. “It really does feel good to be visible in this space and for all the hard work to be recognized.”

Kerry Washington, star and executive producer of “American Son,” which was nominated for outstanding television movie, said, “To be recognized in this way this morning is such an honor – but to be able to share it with my partner Pilar Savone and our Simpson Street family makes it even more meaningful.” She also gave a nod to the posthumously nominated Lynn Shelton, whom Washington says must be “celebrating in the beyond.”

Jim Parsons said his “Hollywood” nomination was a “really sweet surprise in the middle of a really weird time in the world,” and Giancarlo Esposito said he was “completely blown away” over his “Mandalorian” nom.

Laurence Fishburne, who was nominated for his role in the Quibi series #FreeRayshawn, said, “It’s a great honor to be nominated along with my fellow cast members Stephan and Jasmine. Given the current focus on police reform in our country, I find #FreeRayshawn to be very timely and thought-provoking.”

Linda Cardellini, who was nominated for outstanding lead actress in a comedy series for her role in Netflix’s “Dead to Me,” said she is “thrilled and humbled to be nominated this morning with all of these incredible women whom I admire so much.” And she gave special props to her “partner in crime” Christina Applegate, to whom she said, a la Jen and Judy, “You’re my person.”

To see which of these stars get to make their acceptance speeches in real (virtual) life, tune into the Primetime Emmys on Sunday, Sept. 20.