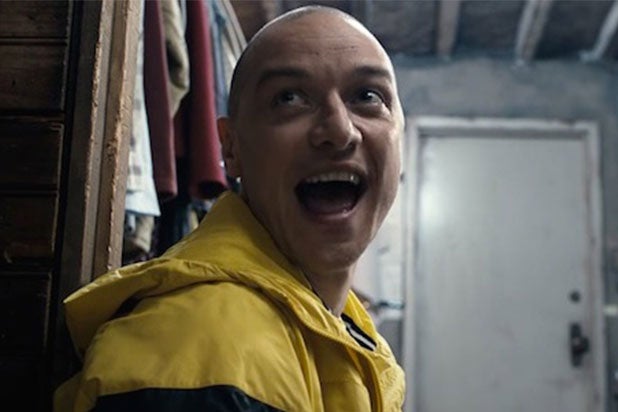 M. Night Shyamalan’s multiple-personalities thriller “Split” topped the box office for the third straight week, as the surprise hit has rolled to a cumulative domestic gross of $98.7 million and $142.7 million worldwide. With a production budget estimated at $9 million, the film from Blumhouse and Universal has been a welcome cash cow in a month littered with big-budget disappointments.

And while the studio certainly had high hopes for the film, few could have predicted the soaring success it has become.

“Anyone who knew this movie would be the juggernaut it’s been is lying to you,” Paul Dergarabedian, the senior media analyst at ComScore, told TheWrap.

Like any pleasant box office surprise, “Split” benefited from a combination of smart planning and good fortune. Here are three keys to the film’s smashing success:

Shyamalan’s film hit theaters during a pronounced lull in the calendar, as big budget studio flicks like Warner Bros.’ “Live By Night” and Paramount’s “Monster Trucks” failed to gain any real traction. Awards films are back in theaters or opening wider to capitalize on Oscar buzz, leaving little out there for younger audiences who want something fun, scary and social — and “Split” proved to be that tonic.

“Release dates are really important and Universal set this up perfectly,” Dergarabedian said. “This definitely fulfills that need for audiences to go to that movie theater, in that collective environment, and be scared.”

A lot of horror movies and thrillers aren’t exactly known for their acting. “Split” is decidedly different, as headliner James McAvoy is getting plenty of love for his performance as a man with 23 different personalities who kidnaps three girls. A buzzworthy performance from Ryan Reynolds in a movie that also debuted early in the calendar year without a ton of expectations helped “Deadpool” become the surprise hit of 2016, grossing $363 million domestically and $783 million worldwide, and landing Reynolds and the film Golden Globes nominations. Dergarabedian believes McAvoy’s performance is worthy of similar accolades.

“He’s captivating and magnetic and you can’t take your eyes off him,” he said. “And he’s spectacular in the film. I absolutely feel without equivocation it’s an Oscar-worthy performance.”

“Split” is aimed directly at a younger audience and it’s benefiting from their version of word-of-mouth: social media buzz. The #SplitMovie hashtag is active across social media, and posts about the movie are almost unfailingly positive.

“Social media’s become so vitally important, particularly for films like this,” Dergarabedian said. “The trailer’s really powerful and compelling. It just elevates the whole genre.”