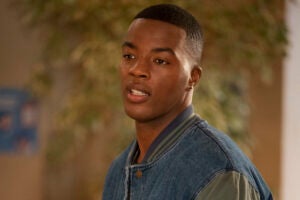 Netflix asked Wall Street, “Are you still watching?” on Tuesday, and the reply was a resounding “yes,” with the streaming giant’s stock price rocketing 12% higher after posting a strong fourth quarter report that included passing 200 million subscribers worldwide.

If you don’t feel like shuffling through Netflix’s investor relations page, here are three key takeaways you should know about its Q4 performance:

Netflix was coming off a rare flop heading into Tuesday, after the company added 2.2 million new subscribers during the third quarter — which even missed Netflix’s conservative projection for the quarter. That trend didn’t continue during the fourth quarter, though, with Netflix adding another 8.5 million new customers. That not only helped Netflix easily eclipse the 6 million subscribers both the company and analysts had projected, but also pushed Netflix well past the 200 million subscriber threshold.

With 203.6 million subscribers overall, Netflix became the first streaming company to cross that barrier and reinforced its position at the top of the streaming food chain. Maybe it wasn’t a necessary reminder, but it certainly doesn’t hurt, either, as the streaming industry gets more and more competitive. Last month, Disney+ reported it hit 86.8 million subscribers, a little more than a year after launching, and Hulu, another Disney-led service, has nearly 39 million customers. Amazon Prime Video, meanwhile, has 150 million customers — though it’s unclear how many actually use the video streaming service. Add in newer entrants like HBO Max and NBCU’s Peacock, and you can see why Netflix wasn’t the front-and-center streaming story during the back half of 2020.

But after posting another big quarter of subscriber growth, Netflix kicked off 2021 with a friendly reminder of who is still top dog.

2. Cash Flow in 2021
Netflix’s critics have long pointed to the company’s mounting debt and negative cash flow as two blinking red lights. Those complaints may start to fade after Tuesday, though, when Netflix unexpectedly reported it plans on being cash-flow neutral by the end of 2021 and cash-flow positive every year after. In its letter to shareholders, the company said it’s “very close” to being cash-flow positive after posting losing $138 million during Q4. For comparison, Netflix reported negative free cash flow of $1.7 billion during the same time period a year earlier.

Taking a step back, it’s hard to argue at this point against Netflix’s game plan — spending aggressively to expand its content library and fuel international growth. Netflix’s cash burn is now scaling back at the same time its competitors will be spending big to put a dent into its streaming lead. The company still plans on carrying a large amount of debt — between $10 billion and $15 billion, according to its latest report — but it’s already removed one cudgel from its naysayers’ hands.

Also Read: What Is The CW's Highest-Rated Show?

3. Stock Buyback?
Don’t plan on Netflix offering shares anytime soon. The company on Tuesday said it will soon “explore” stock buybacks, something the company hasn’t done since 2011. (Coincidentally, that was also the last year it generated positive free cash flow.) New debt offerings are out, too.

“We believe we no longer have a need to raise external financing for our day-to-day operations,” the company said.

As Netflix pushes into the ’20s, the company appears to be entering a new phase. The ambitious growth goals, especially outside the U.S., remain intact, but Netflix seems to be starting to rein in the breakneck spending that helped propel it to these heights. Wall Street seemed to love the game plan, at least initially, with shares hitting $562 after its 12% after-hours run on Tuesday. If those gains hold through the end of Wednesday, Netflix’s stock will set a new all-time high.