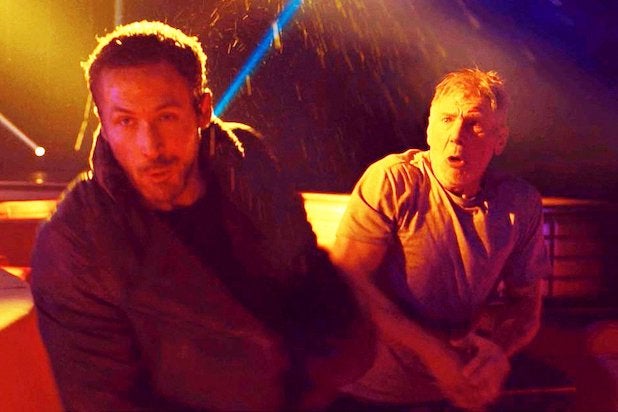 With its $150 million price tag and R rating, “Blade Runner 2049” was always going to be a gamble, but strong critical reception and robust advance ticket sales had many feeling optimistic that a solid opening of $45-50 million was at least possible.

Instead, director Denis Villeneuve’s dystopian tale crashed hard at the box office with an opening of just $31.5 million, even lower than the $36.1 million start made earlier this year by “Alien: Covenant,” the latest film from original “Blade Runner” director Ridley Scott.

The film, which has an estimated budget of $150 million, is performing better internationally — it pulled in $50.2 million from 63 markets. But the movie, which paired returning star Harrison Ford with Ryan Gosling, severely underperformed at home despite an 89 percent Rotten Tomatoes score and an A- on CinemaScore.

Also Read: 'Blade Runner 2049': Everything You Need to Know About How Replicants Work

1. The first “Blade Runner” wasn’t a box office hit either

First, it’s worth remembering that while 1982’s “Blade Runner” is today considered to be one of the greatest sci-fi films ever made, it was never a crowd-pleaser.

As we noted before this weekend, “Blade Runner” only made $27.5 million in its initial theatrical run. In many respects, it was alternative sci-fi, something that many moviegoers ignored in favor of more mainstream fare like “Star Wars,” “E.T.” and “Star Trek II: The Wrath of Khan.”

Also Read: Which Version of 'Blade Runner' Should You See Before Watching the Sequel?

2. It’s been 35 years since the original

Many sequels and remakes rely on a strong base of moviegoers who fondly remember seeing the original in theaters. But a sequel to a 35-year-old movie limits the scope of such fans.

For “Blade Runner,” older, male audiences comprised much of the advance ticket sales and opening night crowds — and drove the film’s A- CinemaScore grade.

First weekend audiences for the film were 71 percent male and 63 percent over the age of 35, while only 14 percent were under the age of 25.

A Warner Bros. spokesperson said the studio was disappointed by the film’s performance, especially in the South and Midwest.

3. Diehard fans were too frontloaded

As was the case with “Alien: Covenant,” numbers fell off quickly once hardcore fans saw the film on opening night. Saturday revenue for “2049” was 11 percent less than Friday revenue, signaling that next weekend’s total could be a drop-off of 60 percent or more.

The baked-in fan base for “2049” is smaller than hoped, and their praise of the film has not translated to word-of-mouth that has brought more fans into theaters.

Unlike Warner Bros.’ 2015 rollout of “Mad Max: Fury Road” — another film with a mostly cult fan base that waited three decades for a new installment — the studio struggled to find a clear marketing hook for “Blade Runner 2049,” particularly younger audiences.

The trailers for “Fury Road” made it clear to the uninitiated that you didn’t have to watch the three previous “Mad Max” films to understand what’s going on. The movie grossed $154 million domestically.

But “Blade Runner” doesn’t have any Doof Warriors playing fire-spewing electric guitars. Yes, the trailers and ads boasted a gorgeous and striking visual style, but Alcon pushed a marketing campaign that kept plot details under wraps to prevent spoilers.

That might explain a trailer that, while sporting the film’s pedigree and faithfulness to the original’s aesthetics, confused many who hadn’t seen the original film.

A rep for Alcon did not immediately respond to TheWrap’s request for comment.

While it is possible to understand “2049” without seeing “Blade Runner,” the film does call back many times to the original so prior knowledge does help things make more sense.

For a film like “Blade Runner,” there’s an added challenge since there are many versions of the film — with radically different endings. Many websites (including this one) explained the difference between the “Director’s Cut” and the “Final Cut.”

All of that daunted quite a few moviegoers who were interested in seeing the new film.

I still haven't rewatched BLADE RUNNER this week. It feels like homework.

Got homework tonight: watch bladerunner, never seen it ..I know I know

My self assigned homework is to watch the original Blade Runner this weekend. https://t.co/5WkzIKciph