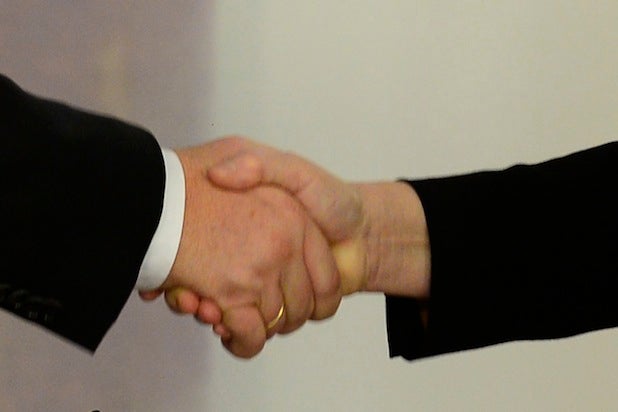 My firm, Ramo Law, handles all aspects of financing, production and distribution as a “one-stop shop” for producers and financiers in the entertainment industry.

From actor contracts, to chain-of-title, to financing term sheets, we work alongside with producers to ensure that they are protected and that each deal helps propel their project forward from development to the screen (and in today’s market the “screen” can be in a theatre or on your mobile device).

A producer’s success directly relates to their taste in content and, equally as importantly, their navigation in dealmaking. In advising my producer clients, whether experienced or novice, I always go back to these 5 basic rules as a threshold in how best to make a deal.

Below is a short list of some key advise in deal making in the entertainment industry from a producer’s perspective:

1. Know Who Your Reps Are: Often times when you are entering into a negotiation among your “partners” there is a shared agent, shared manager or shared lawyer. Make sure that you clearly understand who your direct representative is and do not underestimate the lost leverage by waiving conflict of interest. An agent, lawyer or manager may minimize the conflict but unless you have clear and direct representation that is looking out for your interest you could lose a small or significant point to your benefit.

2. An Email Can Be an Agreement … Sort of: Producers often expresses interest in acquiring or optioning a screenplay and the parties in good (or bad) faith starting working together, exchanging notes and submitting the screenplay without a final signed agreement in place. Whether you are the producer or the rights holder in this situation, without a clear written agreement, both parties look to the minutia of email correspondence (and in some instances texts!) to convey what the “agreed upon terms” are. Bottom line – be careful what you confirm or promise in emails — ESPECIALLY if you do not get a signed agreement.

3. There is a big difference between Finders versus Financiers: As a producer in today’s film market you are always looking for that piece of equity to close up the financing. The biggest misstep producers make is that they rely or put weight (and blind faith) on finders of money. These are the guys at every party who can whip out a non-circumvention so quickly you do not know what hit you and suddenly you are giving permission for someone to act as a middle man without guaranty of money. When one purports to “have money connections” producers should do their research to ensure that the sources are credible and that this is a bona fide middle man to work with (usually it is not the case).

4. Before You Agree to Terms Step Away from the Deal: On a call with multiple parties where you are presented with terms and/or presented with a counter it is easy to be compulsive and agree to terms because you just want the deal to close. But producers need to learn to be reasonably patient and have the confidence and deliberation to step away from a negotiation to think about position and deal terms that make sense rather than just closing to close. Sometimes even waiting until the morning to respond to an email gives you the perspective to do what is in the best interest of the project.

5. Precedent Matters to Structure Contingent Compensation not Fixed In Today’s Market: Producers who actually make movies today know how to “cry poor” – it is an art to convince talent to work for less than their “quote.” As a producer wanting to engage talent who have credits and credibility a producer must respect the precedent and then become very creative in showing how the precedent can become a reality in the form of contingent compensation in the success of the film because “everyone is taking a cut.”