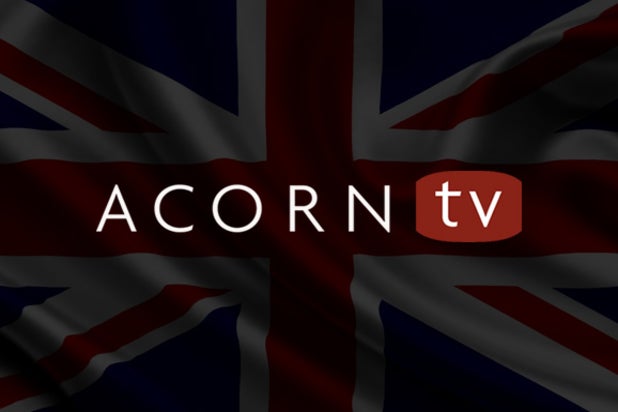 Acorn Media Enterprises announced Monday that it will be co-producing a new original series in partnership with all3media for its niche streaming service Acorn TV, which specializes in British content.

The co-production agreement will see “Blood,” a Company Pictures drama in association with Element Pictures and all3media international for Virgin Media Television, Ireland, make its North American debut on the streaming service as an Acorn TV Original Series in the U.S. and Canada.

The new six-part thriller is part of Acorn TVs increased efforts in producing original content for its streaming platform. The company’s growing slate of co-produced original series include “Love, Lies & Records,” “Striking Out,” and Agatha Christie’s “The Witness for the Prosecution.” In April, the company also acquired exclusive digital and home video rights from DCD Rights for Season 2 of the critically-acclaimed mystery series “Jack Irish.”

The increased focus on exclusive content comes as the streamer faces growing competition in the U.S. from rival service Britbox. Launched in March 2017, Britbox, which is the product of a joint partnership between BBC Worldwide and U.K. broadcaster ITV, has already accumulated over 400,000 subscribers. While this still puts the company behind Acorn TV’s growing subscriber count, which hit 450,000 at the start of 2017, it is a sign of significant growth for the service that had just 250,000 subs at the end of February. In an effort to continue this growth, Britbox is also increasing its focus on original content.

In February, Britbox President Soumya Sriraman announced plans to increase investment in both original and acquired British programming and make a change in its marketing investment to increase awareness of the service.

Outside of the U.S. and Canada, “Blood,” which was commissioned by Virgin Media Television, will not be exclusive to Acorn TV. Virgin Media Television in Ireland will have the global premiere for the show which is expected to take place this Autumn, and Channel 5 has signed a pre-sale deal with all3media international which sees the broadcaster launching the series on linear in the U.K.