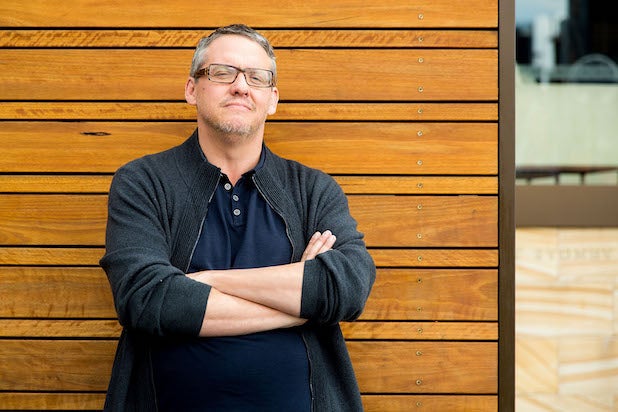 Adam McKay, the director of “The Big Short” and “Vice,” along with his production company, Hyperobject Industries, have signed a first-look film deal with Paramount Pictures, McKay’s company and Paramount announced Friday.

McKay is partnering with his long-time producer Kevin Messick at the new venture. Producer Betsy Koch will also continue to work with McKay at across both film and TV projects. Producer Todd Schulman, who has collaborated with Sacha Baron Cohen on his films “Borat,” “Bruno” and “The Dictator,” was also hired by the company.

McKay’s “The Big Short” was a Paramount film, and went on to receive five Oscar nominations.

“We have long enjoyed a successful creative and collaborative relationship with Adam, and couldn’t be happier to be alongside him on this journey as he explores this latest chapter,” Wyck Godfrey, president of Paramount’s Motion Picture Group, said in a statement.

McKay envisions that his company will focus on comedies, dramas, horror, documentaries and docu-series as well as the politically charged and challenging subjects that he has become synonymous with since moving away from comedy with “The Big Short.”

“Let’s face it, the times we’re living in are bonkers. There’s a lot of change and upheaval. Some of it good. Some of it terrifying. We want Hyperobject to dive straight into these upside-down times with diverse creative partners, new ideas and projects that can excite audiences and generate event movies, TV, streaming or whatever,” McKay said in a statement. “The first script I ever wrote was at Paramount. Our first overall deal was with Paramount Vantage 12 years ago. We’ve done a half-dozen movies there. Mix in great people like Wyck Godfrey and Jim Gianopulos, and this all feels very comfortable.”

In support of the WGA, no Hyperobject Industries project will be part of any packaging deals through WME, who represents McKay as a director and producer.

McKay is represented by WME and Ziffren Brittenham LLP.