Spoiler alert: This article contains spoilers for “After Yang.”

Mika (Emma Malea Tjandrawidjaja), the young girl he has practically raised, is devastated. Her chronically busy parents, Jake (Colin Farrell) and Kyra (Jodie Turner-Smith) are more irritated than heartbroken by the loss of their live-in babysitter. When Jake goes to get Yang repaired, he discovers a portal into his memories – and realizes he’s been looking at everything the wrong way.

“After Yang,” the second film by “Columbus” writer-director Kogonada, can be hard to pin down. It falls somewhere between science fiction and speculative fiction, but there are no heroes or villains, space battles or swamp creatures. It’s a family drama, but almost all of the plot plays out internally. What is clear is that it stands apart from other films about artificial intelligence, opening the door for some much-needed change to the genre.

Film has always been used to explore man’s relationship to technology, with killer robots and man-made monsters standing in for our fear that the things we create will eventually outpace or turn against us. With their human-like minds and sometimes human appearances, AI are particularly ripe for creative contemplation. We’re drawn to stories that take place at the lowest point of the uncanny valley, where the difference between man and machine is razor-thin. If we can figure out what they’re not, maybe we can figure out who we are.

In other words, these films typically strive to answer the question: What does it mean to be human? 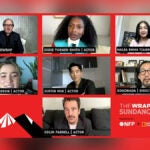 Although the film is grounded in Jake’s point of view, it’s Yang’s memories that take center stage. These moments, which play like live photos, are brief and seemingly insignificant: Mika running through trees, a piece of fruit illuminated in a patch of light, a fistful of autumn leaves. Individually, they are fragments of mundane beauty; put them together, and they form a life.

Reliving Yang’s experiences makes Jake realize that he’s been sleepwalking through parenthood, consumed by work while Yang has gone above and beyond his intended purpose of teaching Mika “Chinese fun facts.” In one flashback, Mika recounts how some kids at school told her that because she’s adopted, Jake and Kyra aren’t her “real parents.” Yang brings her to a tree with a branch that was grafted from another tree. “You’re connected to Mom and Dad, just like this branch,” he says. “You’re a part of the family tree, for real.” Without missing a beat, she replies, “Then, so are you.” 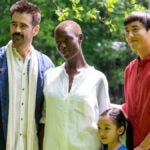 The scene is juxtaposed with a shot of Yang’s inanimate body lying on a repairman’s table. The more Jake sees of Yang’s perspective, the harder it is to view him as a piece of machinery. It’s literally through his eyes that Jake comes to understand how large of a role he’s played in Mika’s life, and why his death must be treated accordingly.

Just as Jake is beginning to process this, he makes another discovery: there were parts of Yang’s life that he kept to himself. Since Jake purchased Yang secondhand, it’s not surprising that he has memories of other families. But in those past lives, Yang suffered losses of his own. Death, it turns out, is not something that only touches human beings.

Even more surprising is Yang’s friendship with a mystery girl who Jake later learns is a clone named Ada (Haley Lu Richardson). Like the others, these recollections of Ada last only a few seconds, and yet her recurring presence in his memory speaks volumes. It’s clear that Yang possesses an innate understanding of beauty (in another life, he’d make a great cinematographer). But it’s the choice to preserve these memories that reveals his – for lack of a better word – humanity. 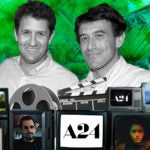 In fact, it’s Ada who best illustrates that “After Yang” isn’t asking the question we may think it is.

After they meet, Jake tries to pick her brain about Yang. When he asks her, “Did Yang ever want to be human?” she volleys back with a question of her own: “That’s such a human thing to ask, isn’t it? You always assume other beings would want to be human.”

Ada’s response might as well be addressed to the AI genre as a whole. It’s easier to tell a story about a machine that envies or retaliates against its creator, than to interrogate the hubris of making something you don’t fully understand and expecting it to behave in your image. AI films are often about machines hell-bent on destroying the human race, or rebelling against their masters. Those are certainly worthy premises, but they cover only a fraction of all the potential stories out there. By casting aside the hero versus villain complex, “After Yang” creates space for deeper questions about AI than we’ve been conditioned to ask. 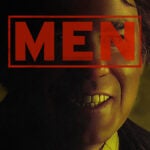 In Jake’s most vivid memory of Yang, he asks the AI if he’s happy. As Yang gently reminds him – and us – “I don’t know if that’s the question for me.” There are so many other questions to ask, as one can hope future cinematic endeavors will. For example: what does it mean to simulate a cultural identity you have never experienced? What does it mean to be created in humanity’s image, knowing you will never be accepted as a member?

What does it mean to be artificially intelligent?

By the end of his journey through Yang’s memories, these are the questions Jake has begun to ask himself, leading him to donate Yang to a museum for technosapiens. “His existence mattered,” he says to Kyra, “And not just to us.”

Yang’s time to die may have already passed. But unlike his body, his memories – all those little moments that make up a life – will not be lost in time, like tears in rain.

After Yang is now playing in theaters and streaming on Hulu and Showtime. 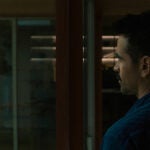