An Alabama Republican group has apologized after accidentally posting GOP art that had white supremacist imagery, not realizing it had been commissioned and published by left-leaning magazine Mother Jones.

The Lawrence County Republican Party issued the mea culpa Wednesday for using an image of the GOP elephant that contained references to the KKK — not realizing that the image was published in Mother Jones as a critique of the presence of white supremacy in the GOP.

“Two years ago, we commissioned this art from Woody Harrington to reference how white supremacy was taking over the GOP,” Clara Jeffery, editor-in-chief of Mother Jones, tweeted Thursday. “Not only didn’t they not get it, they appropriated copyrighted art.” 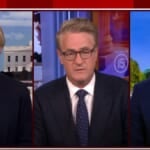 Jeffery also shared an Instagram post from the art’s creator, Woody Harrington. In his post, Harrington addressed the image’s use by the Republican group and explained that the piece was intended to display “the hate, bigotry and racism hidden within Trump’s GOP.”

“Its now come to my attention that the Hate Elephant has been given new life (without permission or credit of course) in not one, but two republican campaigns,” Harrington said in his post. “Let this be a lesson in copyright karma, and always remember to ask for a proof….”

The Alabama group first posted the now-deleted image on their Facebook page, along with a messaging thanking their former chairman of the county party and welcoming in the chairman. The art contained white hoods with eyes in the spaces between the elephant’s legs. 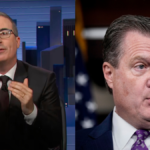 Anthony Daniels, Minority Leader of the Alabama House of Representatives, condemned the image on Twitter, saying “Shame on the Lawrence County Republican Party for this disgusting image.”

Following the backlash, chairman Shanon Terry issued an apology on behalf of the group on Facebook Monday, noting that the leader took full responsibility for the mistake and that the image “immediately replaced” once the mistake was realized.

“I would like to offer a deep and sincere apology for a picture that temporarily appeared on this page last night,” the statement said. “A google search picture of a GOP elephant was used and later found to have hidden images that do not represent the views or beliefs of the Lawrence County Republican Party.” 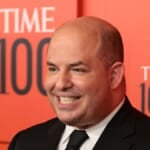