John Oliver had a pretty good laugh at GOP Rep. Mike Turner on Sunday night, after the Ohio representative seemed to be having a physical reluctance to defend Donald Trump over the classified documents found at Mar-a-Lago last week, insisting that “classified” doesn’t always actually mean “classified.”

“I am not going to speculate or jump to conclusions here, because there is still so much that we don’t know,” Oliver noted. “But many seem more than happy to do that this week, with multiple Republicans liking the FBI to the Gestapo, Fox News trolling through the Facebook feed of the judge who approved the warrant and showing a meme of his face on Jeffrey Epstein’s body and, still, others preemptively minimizing what Trump may have done.”

At that, Oliver brought up footage of Turner, speaking to press on the matter and explaining that “there are a number of things that are ‘classified’ that fall under the umbrella of nuclear weapons but that are not necessarily things that are truly classified.” As he said it, Turner repeatedly cleared his throat, particularly right before the first time he said the word “classified.” And that nervous tick is something Oliver honed in on immediately.

“I don’t know exactly what’s going on with that guy, but the way he’s clearing his throat lets me know that his body is reacting to the nonsense that he’s spewing there,” Oliver joked. 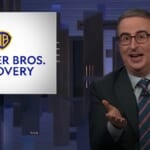 He noted that Turner did have a point in how documents are considered classified, but also argued that Merrick Garland likely wouldn’t have acted at all if the documents really weren’t all that important.

“Because, while it is true that we absolutely over-classify documents, and it’s also true that the internet holds a vast array of knowledge that it probably shouldn’t, like info on nuclear weapons and an entire website devoted to celebrities’ feet – I’m waiting, by the way – I would not be so quick to assume the most cautious AG the U.S. has had for awhile took the unprecedented step of sending the FBI to an ex-president’s house if he didn’t think it was absolutely necessary,” Oliver said.

Of course, Oliver did have a recommendation for Trump on how to keep the FBI out of his personal safe and storage units going forward.

“The only way around that is if your safe says ‘No FBI Allowed’ on it,” Oliver joked. “Then legally, they can’t look in there.” 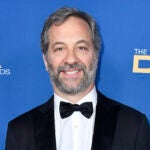