A New Mexico district attorney said in a hearing last week that her office could be close to charging up to four people in the fatal “Rust” shooting from last October with criminal charges relating to homicide.

D.A. Mary Carmack-Altwies in a New Mexico Board of Finance meeting on Sept. 20 requested emergency funding in order to try as many as four separate jury trials. She clarified that she has yet to review a final report from the Santa Fe Sheriff’s office but that “we are within weeks, if not days,” from receiving it.

“It’s become apparent that we will be potentially charging between one and four people with criminal charges and each of those charges will probably include some variation of our homicide statute,” Carmack-Altwies said in the meeting.

The D.A. was granted $317,750 in emergency funding by the board of finance, though it was half the amount that her office had requested, which would’ve gone to paying for a dedicated attorney and support staff to try the cases. 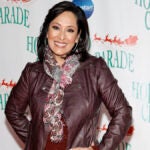 “These cases look to be too big for just my office to handle,” Carmack-Altwies said. “We need an almost full-time attorney and someone who is very experienced on complex cases and very experienced with litigation.”

The “Rust” case took a step forward last month when the FBI completed its forensics analysis on the bullet that killed the film’s cinematographer Halyna Hutchins, which has allowed the Santa Fe Sheriff’s office to resume their investigation. However at the time, law enforcement officials still need access to data from Alec Baldwin’s cell phone, which was turned over to authorities in New York, and that results were “forthcoming.”

A representative for the Santa Fe county Sheriff’s office did not immediately respond to a request for comment on an updated timeline for the investigation.

Baldwin was holding the gun that, on Oct. 21, discharged and killed Hutchins while injuring director Joel Souza on the set of the Western film “Rust.” Baldwin had been told the gun was “cold” and did not have live ammunition, but the key question of the “Rust” investigation has involved how live rounds found their way into the weapon. In addition to Baldwin, the film’s armorer Hannah Gutierrez-Reed and assistant director Dave Halls have been of interest to Sheriff Mendoza in the case.

The fatal incident has sparked numerous civil lawsuits over the working conditions on the film, as well as larger industry calls for increased safety and firearm training.